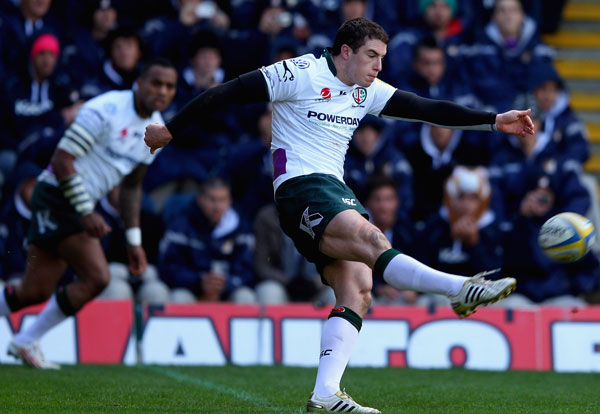 The IRB Regulations Committee Panel hearing the Steven Shingler eligibility case has determined that the player is tied to Wales in accordance with IRB Regulation 8 as it stands and therefore is ineligible to represent another Union. The Panel consisting of Peter Boyle (Ireland, Chairman) Giancarlo Dondi (Italy) and Tim Gresson (New Zealand) heard evidence from the player, his agent and the Scottish and Welsh Rugby Unions at a hearing in Dublin on February 27.

The Panel determined that, based on the relevant provisions of IRB Regulation 8, the relevant guidelines and the facts presented at the hearing, Shingler is captured for Wales in accordance with IRB Regulation 8. This decision is binding on the parties until it is endorsed or overturned by the IRB Council.

The Panel noted that, in accordance with IRB Regulation 8, playing in a designated capturing match was the key determining factor with regard to the player’s eligibility. In this respect the Panel accepted the evidence of the Welsh Rugby Union that although Shingler had not signed the Union eligibility confirmation form he had been fully advised by the WRU that playing in the France Under 20 v Wales Under 20 match during the 2011 Under 20 Six Nations would capture him for Wales.

The Panel acknowledged that the ongoing review of the next senior national representative team under IRB Regulation 8 was launched in April 2011 in collaboration with all IRB Member Unions to determine a system that was appropriate. It also noted the recommendation of the IRB Rugby and Regulations Committees, subsequent to this hearing, that the designation of the Under 20 side as the next senior national representative team should no longer be sustained. This issue will be considered by the IRB Council at its Special Meeting on May 15, 2012.

The Panel further recognised that the IRB Council will have made its determination on the recommendations of both Committees regarding the next senior national representative team review prior to its consideration of the Regulations Committee decision in the Shingler case. Council, in accordance with IRB Regulation 2, is able to endorse or overturn the decision of the Regulations Committee. It should also be noted that unless specifically stated by Council, changes to Laws and Regulations do not have retrospective application.