Home  »  OTHER SPORTS   »   The Fastest Growing Sport in Poland 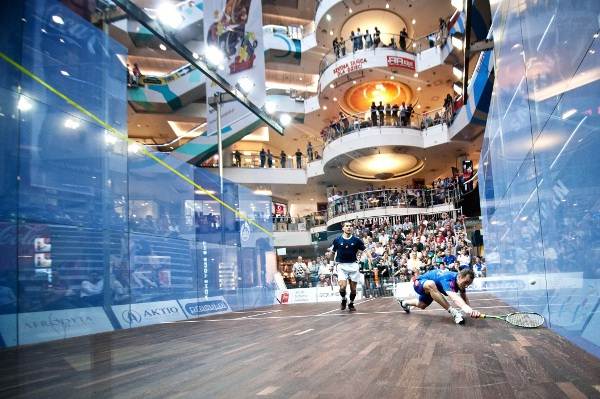 London, Mar 26, 2013: The WSF World Junior Squash Championships are taking place in July in a country of unprecedented expansion for the sport. “Squash is the fastest growing sport in Poland,” says Maciek Maciantowicz, Vice President of the Polish Squash Federation.

With a growth rate of around 25% a year, the sport has taken off significantly in the last ten years – following the building of the first court in 1976 in Brodnica by construction workers who simply wanted to play squash while working there!

The WSF World Junior Championships will take place in Wroclaw at the Hasta La Vista Club, a centre which boasts 15 squash courts including an all-glass permanent showcourt.

Poland first established itself on the international squash map, however, in 2011 when the European Individual Championships were staged in Warsaw, then later in 2012 when the Sebo Squash & Art Festival was held on a court erected in the open air in the centre of Krakow.

The reasons for such strong growth – according to Tomasz Banasiak, President of the Polish Squash Federation – centre around education of investors and players, and the provision of local event opportunities.

“Squash is probably the best-matched sport for our country, fitting our geographical conditions for the whole year,” said Banasiak. “It also responds to the needs of our active and hungry-for-success developing Polish population.

“We can see independent investors continuing to spread clubs widely in the whole country. The Polish Squash Federation provides an increasingly professional environment for adults and juniors, high-performance and recreational players with coaches, and referees – including all our tournaments at different levels.

“The World Junior Championship 2013 in Wroclaw is the milestone to the expansion of squash this year,” added Banasiak. “Becoming a part of the 2020 Olympic Games would give us another kick among all activities led in Poland by those passionate for Squash.”

World Squash Federation CEO Andrew Shelley added: “Poland now has 100,000 players spread across the country – and part of the reason for this growth is that Poles have really taken to a sport that provides great exercise without eating too much into their leisure time.

“The sport is being embraced by students and seen as a great opportunity by investors – and leisure-time for the sport is increasingly being provided free by employers.

“This growth has begun to be seen in success in the world professional Tours, with Polish players breaking into the men’s top 200, and into the women’s top 100,” Shelley explained.

“The WSF World Juniors in Wroclaw in July will no doubt attract additional media attention for the sport as well as giving local players the chance to see all the very best young players in the world in action.”