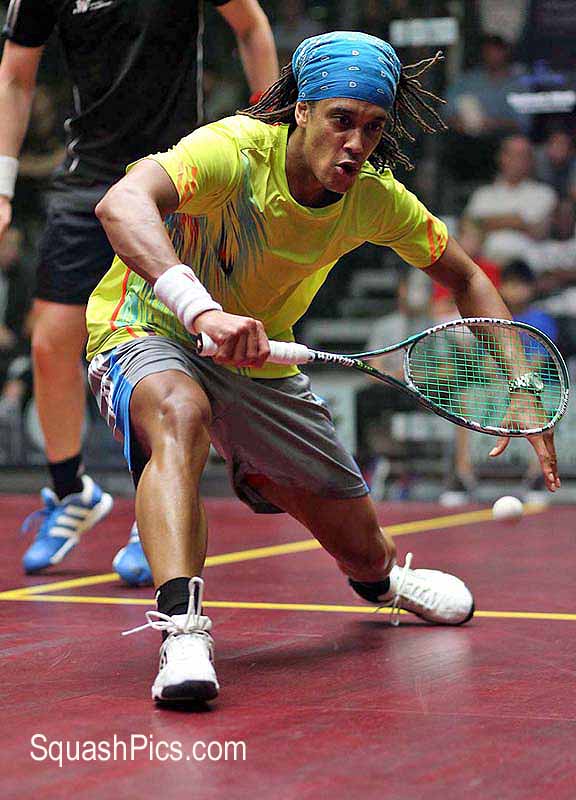 London, Feb 18, 2013: Teams throughout the region will compete in this week’s All-Africa Squash Championships, hosted for the first time by Namibia. The championships will take place in the Namibian capital Windhoek from 19-23 February, following an Opening Ceremony at the Wanderers Sports Grounds in Pioneerspark.

Botswana and Uganda will making their debuts in the event which took place for the first time in 1996.

The Botswana team will be led by world No14 Alister Walker, the Gaborone-born 30-year-old who is making his senior debut for the country of his birth after making his first appearance for Botswana in the All Africa U14 championships in Zimbabwe in 1995.

“It’s a real honour to come back to Southern Africa and compete for the country of my birth,” said New York-based Walker. “The National Association’s committee is now made up of a young and energetic crowd headed by President TK Rabasha and they have done an amazing job getting what I would argue Botswana’s strongest ever team together.

“It is also the first time Botswana has sent a team to the All Africa senior championships so there is a lot of excitement in the camp. We hope to be medal contenders in both the team and individual event. It’s a great opportunity to compete as a team before the World Team Championships later in the year to be held in France.”

Squash in Namibia received a further major boost this month with the announcement that Trustco Group International signed a sponsorship agreement to the value of N$1,5 million with the Namibian Squash Association to be used over three years towards squash development.

Later in the year, Namibia will further enhance its status in the region by hosting the All Africa Under 19 Championships. —- WSF/Image © squashpics.com