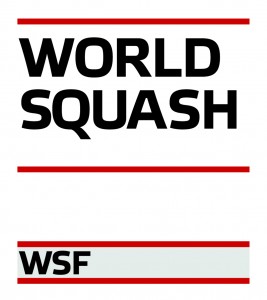 London – England, Oct 30, 2012: England, runners-up in the previous two championships, have been named as top seeds in the 2012 WSF Women’s World Team Championship next month in Nimes, France.

A record 26 nations will take part in the biennial World Squash Federation event hosted by Fédération Française de Squash from 12-17 November and staged in France for the first time in its 33-year history.

The championship in Nimes will be held at the La Parnasse Arena – where action will take place on three new state-of-the-art all-glass show courts – as well as at the eight-court Club des Costières.

England, six times champions since 1985, finished as runners-up to hosts Egypt in 2008 and to Australia in 2010 in New Zealand. Led by world number two Laura Massaro – and including Jenny Duncalf and Alison Waters, both in the world top eight – England are expected to face rivals Egypt in the final.

Second seeds Egypt will be led for the first time by Raneem El Weleily, the world No3 from Alexandria. The squad also features teenagers Nour El Sherbini and Nour El Tayeb, ranked 5 and 20 in the world, respectively. Hosts France, appearing in the event for the 14th successive time since 1987, have been named as ninth seeds – and will line up against European rivals Netherlands and Germany in Pool H.

Third seeds Malaysia, led by long-time world No1 Nicol David, will be bidding to win the title for the first time after three successive third-place finishes. Hong Kong China are seeded to record their best ever finish in 11 appearances since 1985. Seeded fourth, the team will be led by Annie Au, the world number six.

Pool line-ups (with seeding in brackets):