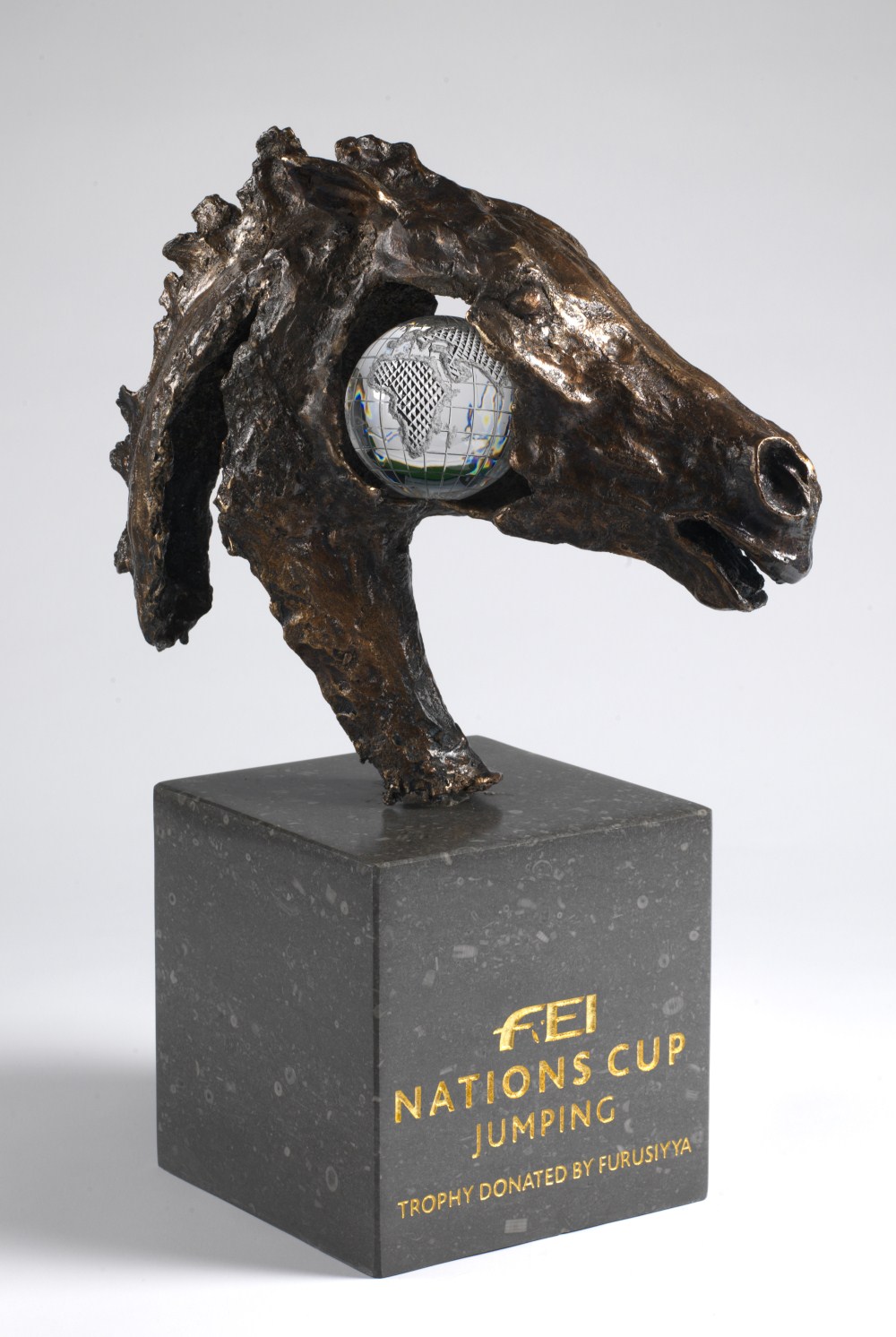 Lausanne, Sept 20, 2013: It could hardly be more exciting as the star-studded line-up for the inaugural Furusiyya FEI Nations Cup™ Jumping Final has now been confirmed. Horse-and-rider combinations from 18 countries will gather at the Real Club de Polo in Barcelona, Spain next week – from 26 to 29 September – to decide who will carve their names into the history books as the very first Furusiyya champions.

When the Saudi Equestrian Fund pledged its support to the new-look series during last year’s FEI General Assembly in Istanbul, Turkey it marked a turning-point for the cherished FEI Nations Cup™ Jumping concept, extending it from its traditional European base to reach out to every country around the globe. The four-year, €16m Saudi sponsorship package, and the commitment of the FEI’s new Top Partner, the Swiss watchmakers Longines who are Official Timekeepers for the series, have broken new ground and moved the sport into an exciting new era.

And from the outset at Abu Dhabi in the United Arab Emirates in February, where Saudi Arabia and Qatar qualified, to the last leg of the European Division 2 series at Arezzo in Italy just two weeks ago where Brazil won through and Austria clinched the very last of the much-sought-after qualifying spots, it has been a rip-roaring first season.

For some countries however it was less of a battle because, if the region was not in a position to stage a relevant CSIO, then the qualifying spots were determined by positions on the Longines Rankings. As a result, South America’s Brazil and Colombia have made the cut while Australia and Japan will represent the Asia/Australasia region. Egypt has declined the invitation to compete on behalf of the African region.

The action gets underway with the horse inspection on Wednesday 25 September while the draw for order-of-go will be staged on Thursday 26 September. The first of the three Furusiyya Final competitions will be held on Friday 27. It will be a one-round class over a 1.60m course built by Spanish course designer Santiago Varela Ullastres, and all 18 teams will compete. Only the top eight teams will go through to Sunday’s finale.

The remaining 10 teams will line out on Saturday in the Team Consolation competition which again is a one-round 1.60m class and which offers €300,000 in prize money.

Sunday’s third and last leg of the Final offers a massive €1,500,000 in prize money and is a one-round competition with a jump-off, if required, to decide first place. All nations start on a zero score, and with the added incentive of an additional prize pot of €200,000 which will be equally divided between all those achieving a clear round in the first Furusiyya FEI Nations Cup™ Jumping Final competition on Friday, and/or a fault-free effort in the first round on Sunday afternoon, it is no surprise that so many of the biggest names in the sport are on call over this historic weekend.

In fact 10 of the top 20 riders from the current Longines Rankings will be there including World No. 1 Ben Maher from Great Britain along with his London 2012 Olympic Games and PSI FEI European Championships 2013 gold-medal-winning team-mate Scott Brash. What a hat-trick it would be if the British could add the inaugural Furusiyya FEI Nations Cup™ Jumping title to their recent haul of loot.

New FEI European Individual champion, Roger-Yves Bost from France, will not line out with his great mare, Castle Forbes Myrtille Paulois, because she has picked up an injury, but the French team still looks strong with Patrice Delaveau, currently No. 13 in the Longines Rankings, and Penelope Leprevost amongst the five French team contenders.

The Australian side will be led by Edwina Tops-Alexander, while the Austrian selection includes Dieter Kofler, Julia Kaysar and Stefan Eder who worked so hard to help clinch that last-minute qualifying spot in Arezzo. Like several other countries, the Belgians have opted for new faces alongside considerably older ones, 17-year-old Jos Verlooy having earned his spot with a spectacular performance at the recent PSI FEI European Jumping Championships 2013 in Denmark.

The Brazilians will still be running on the adrenalin created by their brilliant victory in Italy two weeks ago, and with Rodrigo Pessoa and Alvaro Affonso De Miranda Neto on board they may well prove very tough nuts to crack. The Canadian side includes 2008 Olympic champion Eric Lamaze while Daniel Bluman, who won the hearts of spectators at this year’s Dublin Horse Show, is a crucial member of the Colombian side.

Ireland’s Denis Lynch and Billy Twomey, Taizo Sugitani from Japan, Qatar’s Sheikh Ali bin Khalid Al Thani, 2000 Olympic champion Jeroen Dubbeldam from The Netherlands, 2012 Olympic Champion Steve Guerdat from Switzerland, 2011 European Champion Rolf-Göran Bengtsson from Sweden, Ulrich Kirchhoff who took team and individual gold for Germany at the Atlanta Games in 1996 but who now competes for Ukraine, and 2013 FEI World Cup™ Champion Beezie Madden from the USA – the cast of stars is an extraordinary one.

For the Spanish and Saudi Arabian sides however there is a different kind of pressure. The home runners will want to put their very best foot forward on home ground so there will be a lot riding on the performances of Sergio Alvarez Moya and Pilar Cordon in particular. Meanwhile the Saudi Arabian team looks formidable, with three members of their London 2012 bronze medal winning team – Kamal Bahamdan, HRH Prince Abdullah Al Saud and Ramzy Al Duhami – in action. They will surely want to leave their mark on this inaugural Final supported by the Saudi Equestrian Fund.

The sport of Nations Cup Jumping has long been recognised for camaraderie and sportsmanship matched with the fierce passion and great pride of competing for one’s country. Described by FEI President, Princess Haya, as “the jewel in the crown” of the FEI, it continues to grow and thrive 104 years after it all began. The inaugural Furusiyya FEI Nations Cup™ Jumping Final looks set to launch it to a whole new level, and it’s just around the corner.

The very first Furusiyya FEI Nations Cup™ Jumping Final will take place at Real Club de Polo in Barcelona, Spain from 26 to 29 September 2013. The venue was home to the Jumping discipline during the 1992 Olympic Games.

There will be three competitions during the Furusiyya Final – the first on Friday 27 September in which all teams will compete over one round, the second a consolation class on Saturday 28 for the teams not finishing within the top eight on the previous day and the third in which the leading eight nations will battle it out for the brand new Furusiyya trophy on Sunday 29 September.

“Furusiyya” (Arabic: فروسيه) this single Arabic word conveys so much, embracing the idea of horsemanship, chivalry, and equestrian knowledge in general. The term is a derivation of faris, or horseman and faras, a horse. —- By Louise Parkes