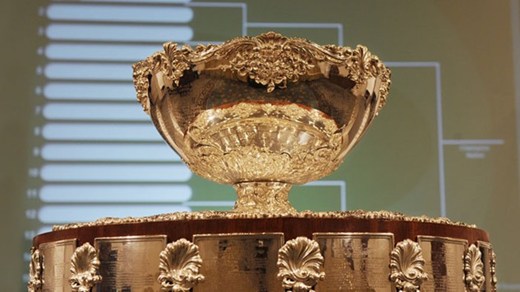 London, April 09, 2012: Seeds Announced, The ITF has announced the seeds for the Draw for the 2012 Davis Cup by BNP Paribas World Group play-offs. The Draw will take place on Wednesday 11 April at the ITF offices in London at 11:00 (10:00 GMT). The eight seeded nations are: Canada, Germany, Israel, Italy, Kazakhstan, Russia, Sweden and Switzerland. Seeds are based on the new ITF Davis Cup Nations Ranking of 9 April.

Each of the seeds will be drawn against one of the following unseeded nations: Australia, Belgium, Brazil, Chile, Japan, Netherlands, South Africa and Uzbekistan. The 2012 World Group play-offs will take place alongside the World Group semifinals on 14-16 September. The eight winning nations will contest the 2013 World Group.

The line-up for the World Group play-offs was confirmed after Australia, Belgium, Brazil, Chile, Israel, Netherlands, South Africa and Uzbekistan all won their Zone Group I second round ties on 6-8 April. They joined the losers from the 2012 World Group first round ties. Photo: Paul Zimmer