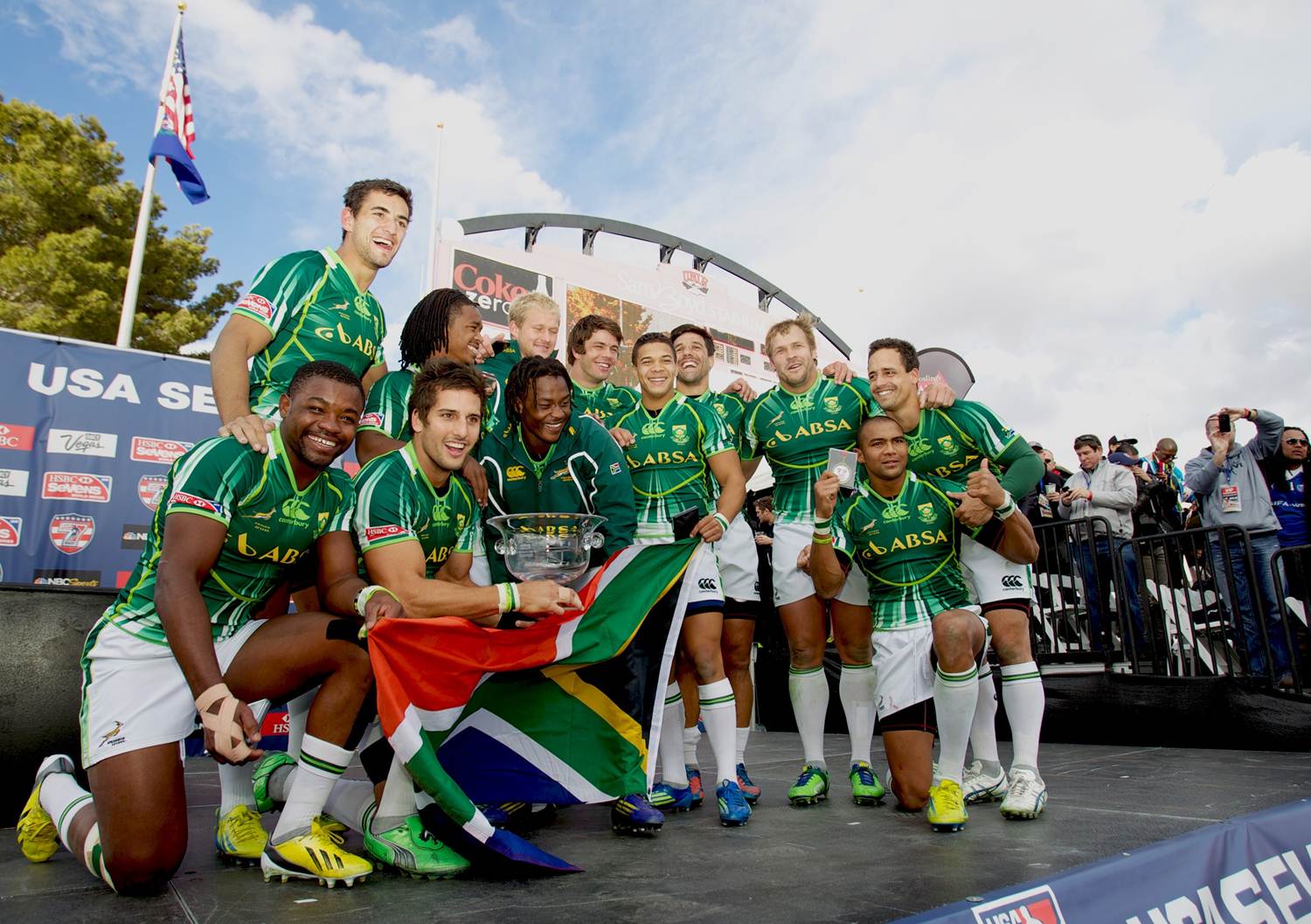 Recalled playmaker Branco du Preez put in a sparkling performance for the Boks, combining brilliantly with Paul Delport to inspire the team to victory. The Boks scored six tries in all to lead 40-7, before a late kiwi rally.

In winning the Las Vegas title, their first since 2011, the South Africans become the fifth different nation to win a Cup title from five events played, as the nine-round HSBC Sevens World Series edges past the halfway stage.

Heading into rounds six and seven in Hong Kong and Japan, South Africa have climbed to second in the Series standings on 73 points, 23 behind New Zealand (96) and ahead of Samoa (71) and Fiji (66).

The two island nations combined to put on a thrilling curtain-raiser to the final in the 3rd/4th play-off, the Samoans winning 36-31 in extra time. In the other trophies, Canada beat hosts USA and then Scotland to claim the Plate, France edged Argentina to the Bowl and Australia were too strong for Uruguay in the Shield.

Across the three days of competition, the USA Sevens 2013 enjoyed a record crowd of 67,341 – 3,000 more than last year’s previous best. The pool draw for the next round of the Series, the Cathay Pacific / HSBC Hong Kong Sevens will be held in Hong Kong on 21 February.