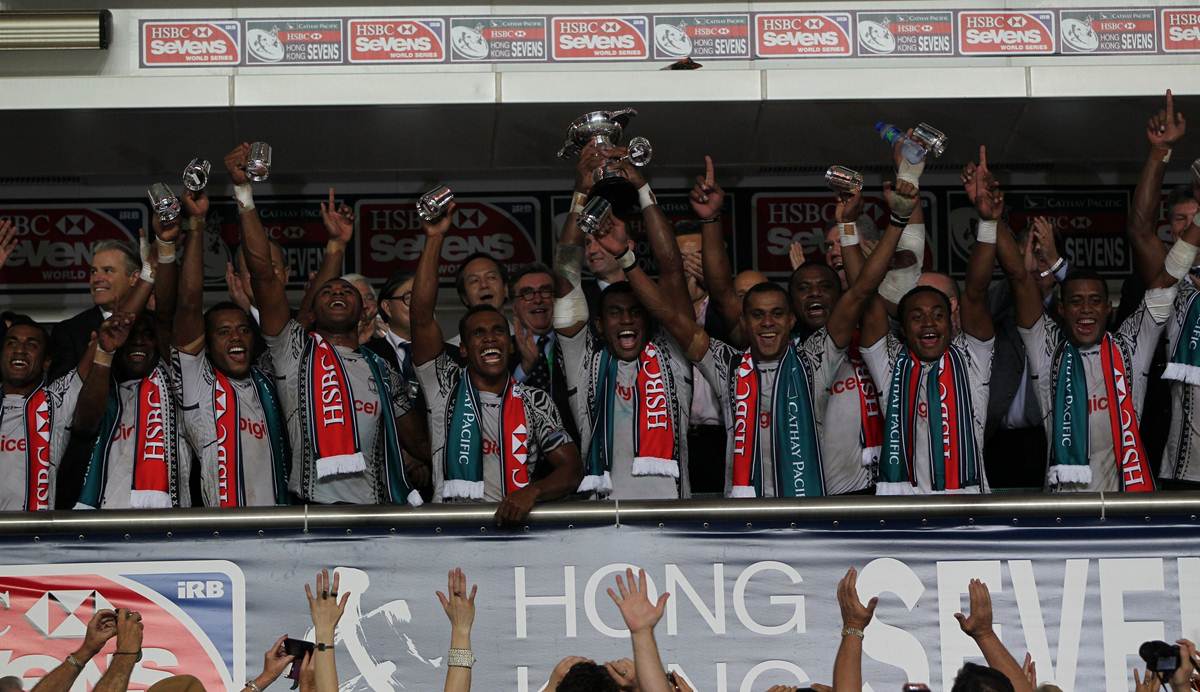 Dublin – Ireland, Mar 24, 2013: Fiji have defended their Cathay Pacific / HSBC Hong Kong Sevens title in the most dramatic fashion, coming back from a 19-0 half time deficit to beat first-time World Series Cup finalists Wales and claim a famous 26-19 victory. Osea Kolinisau came on as a second half substitute for the Fijians and changed the game with two quick tries. He then added a third late on to seal a remarkable win.

In the other Hong Kong trophies Samoa beat Canada to the Plate, England finished on a high by beating hosts Hong Kong to the Bowl and France edged Argentina to lift the Shield.

HSBC Sevens World Series leaders New Zealand beat Kenya to third place in Hong Kong, in doing so stretching their Series lead after six of the nine rounds. The New Zealanders now have 113 points, 25 more than Fiji in second place (88). Samoa move up to third (84), South Africa fall to fourth (78) and Kenya climb to fifth (72).

Earlier in the day, Russia, Zimbabwe, Tonga and Georgia all kept alive their hopes of gaining core team status for next season, securing their places in the promotion / relegation play-off finale at the final round of the Series, the Marriott London Sevens on 11-12 May. Zimbabwe went on to win the final, beating Tonga 22-19.

In London the four nations will play off for three available core team places on the 2013/14 HSBC Sevens World Series with Asian champions Hong Kong and the core teams ranked 13th, 14th and 15th after round 8, the Emirates Airline Glasgow Sevens. —- IRB