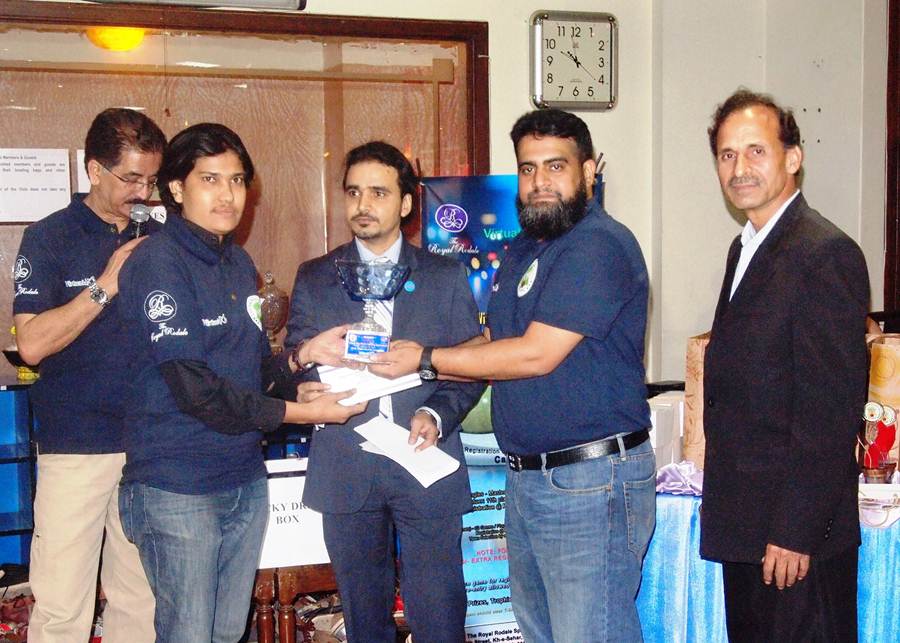 Karachi – Pakistan, Feb 11, 2013: 36 Bowlers played in Finals of Virtual Axis Winter Bowling Tournament 2013 that is being organized by Sindh Tenpin Bowling Association (STBA) and Royal Rodale Club in collaboration on10th February at Royal Rodale Club. The Tournament remained continued for 15 days in which players from all over Sindh with participated in Singles, Amateur and TRIO event categories. Majority of young players took part actively in Single category. The Tournament marked a noteworthy effort to enhance the performances of players in National Ranking Event. The Tournament received much appreciation among the players that resulted in record participation.

MASTERS SINGLES: Robert Shangara leaded the tournament with the score of 182 pts, received PKR10,000 cash award along with a Winning Trophy, While Usman Ghani was the Runners-up (181 pts), received 7,000 Rupees cash with a Runner up trophy, whereas Aleem Agha secured 3rd position (174 pts) and he was awarded Rs 5,000 cash along with a trophy.

Mr Aleem Agha also announced a lucky draw to give the evening a fabulous end, and registered members were given high importance and encouragement for their participation to create a lively and enjoyable environment after a tough competition. The Lucky Draw was given on the behalf of STBA, for the registered players, against their entry and registration coupons. The winners were given Gift Hamper from Vision Venture& STBA. The evening ended with delicious High tea from Royal Rodale Club followed by a word of thanks by Mr. Sufyan Farrukh, the Master of Ceremony, for enthusiastic and highly supportive participation and presence of the audience and the players.

While talking to Media Romis Ali, General Secretary of STBA said “Association is taking serious steps to promote bowling in Sindh. Time is not far away when we will truly enlighten the name of our country across the world. He said Government of Sindh should take keen interest to promote bowling in Sindh and comes forward to establish bowling alleys in every District of Sindh.

Muhammad Amin Nasir, Vice President, appealed to Government of Sindh that Tenpin Bowling has not yet been able to establish its own club with Training facilities and the players are facing a lot of difficulties in this scenario. In this regard, Government of Sindh can play a vital role. The sport is being played and about in 144 countries and Federation is making all out efforts to take part in major events. If Tenpin Bowling had has its own bowling club then forty to fifty countries can be called in Pakistan.