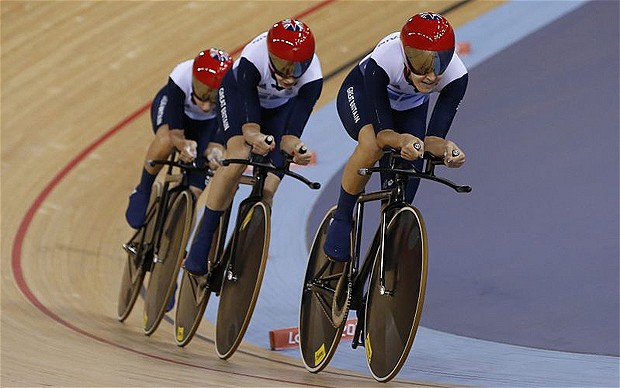 In his Manifesto, ‘Restoring Trust, Leading Change’, Cookson, who has led a period of unprecedented growth in British Cycling since becoming President in 1996, unveiled his overall vision for cycling and his key pledges should he be elected as UCI President in September.

Speaking at a press conference at the Hotel Radisson Blu Ambassador in Paris, which is located a few steps away from where the UCI was founded in 1900, Cookson said: “I wanted to come to this symbolic location because I believe that we need a new President of the UCI who will restore the values which the UCI was founded to uphold and to take the sport in a new direction. ‘Restoring Trust, Leading Change’ outlines my vision for the UCI and for our wonderful sport of cycling. My aim is to fully restore the credibility of both.”

• Rebuild trust in the UCI

• Grow cycling across the globe

• Strengthen cycling’s credibility and influence within the Olympic Movement

Speaking about his pledges, Cookson said: “I believe the most important challenge for the new President is to restore trust in the UCI, and most importantly to rebuild people’s faith in the way that anti-doping is dealt with. We need to give people reasons to believe that the future will be different from the past. We must build a culture of trust and confidence.

“If elected, my first priority will be to establish a completely independent anti-doping unit, managed and governed outside of the UCI and in full cooperation with the World Anti-Doping Agency (WADA). This unit would be physically and politically separate from the UCI, responsible for all aspects of anti doping, and report to a board totally independent from the UCI.”

Cookson also highlighted his commitment to:

• Put an end to the UCI’s public feuding with anti-doping bodies, such as WADA, AFLD and USADA

Cookson added: “It is absurd that a sport that has suffered so much from doping has been in open conflict with the very people it should be working in partnership with.”

He went on to say:

“It is critical that the UCI embraces a more open and transparent approach in the way it conducts business. Leading by example, I will introduce a range of good governance measures, including the publishing of all my financial interests, remuneration package and any potential conflicts of interest relating to the office of President. Once we have restored trust in cycling and the UCI, it will make our other tasks of developing the sport worldwide so much easier.”

In relation to growing cycling globally, Cookson said: “Our sport has such fantastic potential worldwide. If elected President, I will establish a properly resourced and staffed International Development Department tasked with building our sport across the five continents and I will expand the programmes at the World Cycling Centre, increasing its budget, hosting more riders from developing nations and utilising the experience of the more successful nations to nurture cycling in developing nations.”

Cookson also outlined his vision to further develop cycling within the Olympic Movement. He pledged to work closely with the IOC to increase athlete quotas and expand the number of disciplines, as well as campaigning for the return of popular and classic track disciplines, like the individual pursuit and the points race, and adding new disciplines, such as Freestyle BMX and MTB Eliminator.

Cookson has also committed to enhance elite road racing by:

“I strongly believe there is huge potential to grow women’s cycling at all levels. As UCI President, I will make it my priority to create new opportunities for women’s cycling in all disciplines, and also create a new UCI Women’s Commission, appoint at least one woman to every UCI Commission, establish a minimum wage for women pro road riders and formalise proper and modern terms of employment.”

He concluded: “It is through these pledges that I hope to begin a new era of collaboration, openness and transparency in cycling and restore the trust that has been lost in our great sport. I passionately believe that I can steer the UCI to a much firmer footing and, in full partnership with the cycling family, help grow our sport at every level across the world.” —- By: Will Shand