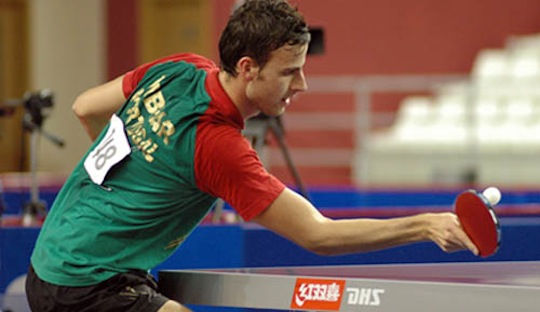 Lausanne-Switzerland, May 15, 2012: Olympic Games Announced, Following the conclusion of the Final World Olympic Qualification Tournament in Doha on Sunday 13th May, the provisional lists for the Men’s and Women’s Team events at the forthcoming London 2012 Olympic Games are known. The lists are provisional and will not be finalized until all teams concerned have been confirmed by their National Olympic Committees; the deadline for confirmations is Monday 28th May 2012.

There is a maximum of 16 Men’s Teams and 16 Women’s Teams with the first step being that one team from each continent Africa, Asia, Europe, Latin America, North America, Oceania and one team from Great Britain, being the host nation, qualifies for each event. In the Men’s Team event: Egypt, China, Germany, Brazil, Canada and Australia are the six continental qualifiers. The list is completed by Great Britain alongside Korea, Japan, Austria, Sweden, Singapore, Hong Kong, Portugal, DPR Korea and Russia.

Meanwhile in the Women’s Team event: Egypt, China, Germany, Brazil, the United States of America and Australia are the continental representatives with Singapore, Korea, Hong Kong, Japan, DPR Korea, Austria, Spain, Netherlands and Poland, in addition to Great Britain, completing the line-up. The total number of places available for table tennis at the Olympic Games is 86 men and 86 women.

During the qualification process 14 places in each event are reserved for the team quota. They are places for teams who have players qualified for the singles events but do not have the full complement of three players for the team event. Eight team quotas were eventually used for the women, six for the men.

It is a situation that applies to Egypt, Brazil, Canada and Oceania in the Men’s Team event. Each has two players qualified for the Men’s Singles. Similarly Egypt, Brazil, the United States of America, the Netherlands and Poland each had two players qualified in the Women’s Singles event. Each is eligible for one more player for the team event from the quota.

Great Britain, as the host nation, receives one place in each of the Men’s and Women’s Singles events but as no player from the host nation gained qualification by any other means, Great Britain is allocated two men and two women from the team quota.

In determining the final list for the London 2012 Olympic Games, the final positions at the recent LIEBHERR World Team Championships in Dortmund are taken into account; in the first instance the number of players qualified is the determining fact, but if two or more teams are equal in numbers of qualified players, the final position in Dortmund decides the final places. The same principle is applied in each qualification stage and decides the continental nominee.

It was this principle that was the decisive factor in determining the final two places for the Women’s Team event in London. At the close of play in Doha at the Final World Olympic Qualification Tournament, four teams each had two qualified players.

At the LIEBHERR World Team Championships the Netherlands finished in 6th place, Poland was 8th, Hungary 11th and Russia ended matters in 15th place. Therefore, the Netherlands and Poland gain the final two places in London.

Furthermore, Germany who finished in 7th place in Dortmund is the European named qualifier, even though they finished below the Netherlands; the reason is that they have three players qualified.

Full results and more information about the Olympic Games here: