Home  »  OTHER SPORTS   »   The Science of Gymnastics Journal is out 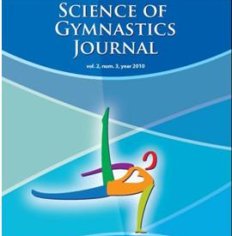 Lausanne, Nov 07: Editor in Chief Mr Ivan Cuk (SLO) informs the gymnastics community that the new issue (Vol.4, no. 3, 2012) of the Science of Gymnastics Journal (ScGYM®) has been published. It is the 10th issue overall and the last one in 2012.

With three editions per year (February, June, October), the Science of Gymnastics Journal is an international publication that provides a wide range of scientific information specific to gymnastics. The journal publishes both empirical and theoretical contributions related to gymnastics from the natural, social and human sciences.

President of the FIG Scientific Commission Keith Russell (CAN), and Hardy Fink (CAN), Director of FIG Education and Academy Programmes, are members of the editorial board for the journal, and in December 2010 an agreement outlining FIG involvement in the further development of the periodical was reached between the FIG and the Science of Gymnastics Journal.

In 2011 the journal was entered in the Index Copernicus, an online database of scientific publications, and ranked in the top half of scientific journals on physical education. Following this success, the publication was accepted this year by Elsevier’s SciVerse Scopus database. The latter contains abstracts and citations for academic journal articles and figures among the most influential science databases.

The new issue of the Science of Gymnastics Journal includes the following articles:

The first article in this issue is from the rhythmic gymnastics. Portugese authors Susana Corujeira, Rita Santos Silva, Tiago Vieira, Cláudia Dias, Eunice Lebre, and Carla Rêgo found that competitive gymnastics affects the body composition but does not appear to compromise the nutritional status, the normal progression of puberty, bone mass and genetically defined final height. These results question the concept of simultaneous presence of malnutrition, amenorrhea and osteoporosis (FAT).

The second article is from Greece. Miltiadis Proios conducted a study on the athletic identity and achievement goals of gymnasts.

The third article comes from Slovenia. Marjeta Kovač tested the reliability and objectivity of gymnastics knowledge tests for use in schools. Similar tests can also be used in other sports.

The Portuguese, Canadian and Spanish team of authors: Lurdes Ávila-Carvalho, Panaginota Klentrou, Maria da Luz Palomero and Eunice Lebre, contributed the fourth article in which they analyzed handling, throws, catches and collaborations in elite group rhythmic gymnastics. The article offers a number of suggestions which could improve the Code of Points.

The fifth article is from Slovenia and USA and deal with media and television in particular. Simon Ličen and Andrew C. Billings scrutinized Slovenian TV presenters reporting on gymnastics. The sixth article comes from Tunisia and United Kingdom; authors are from Bessem Mkaouer, Monem Jemni, Samiha Amara, Helmi Chaabèn and Zouhair Tabka; interesting article about take off from different tasks.

The last article comes from a Slovak and Czech group of authors lead by Anton Gajdoš along with Marie Provaznikova, Karel Bednar and Stephen J. Banjak and is the continuation of their article in the previous issue on the 150th anniversary of the first Sokol Club in Prague.