Lausanne, 11 July 11, 2017: The Court of Arbitration of Sport (CAS) has issued its decision in the appeal arbitration procedure between the Moldovan canoeist Serghei Tarnovschi and the International Canoe Federation (ICF), the subject of which was a positive out-of-competition doping control that the athlete underwent on 8 July 2016 which returned an adverse analytical finding for GHRP-2, a growth hormone-releasing peptide, a prohibited substance on the World Anti-Doping Agency’s List of Prohibited Substances and Methods. 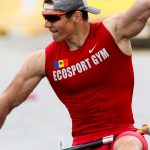 Serghei Tarnovschi argued that the presence of GHRP-2 in his body was due to the ingestion of a contaminated nutritional supplement.

However, the CAS Panel in charge of this matter has come to the conclusion that the athlete did not successfully prove the absence of intent in connection with his Anti-doping Rule Violation simply by proffering the above theory without any corroborating evidence.

Accordingly, CAS has dismissed the appeal filed by the athlete and confirmed the ICF’s decision of 30 January 2017 imposing a period of ineligibility of four years on the athlete and the disqualification of all results obtained from 8 July 2016 onwards, including the bronze medal won in the Men’s Canoe C1 1000-meter competition at the 2016 Rio Olympic Games. —- CAS