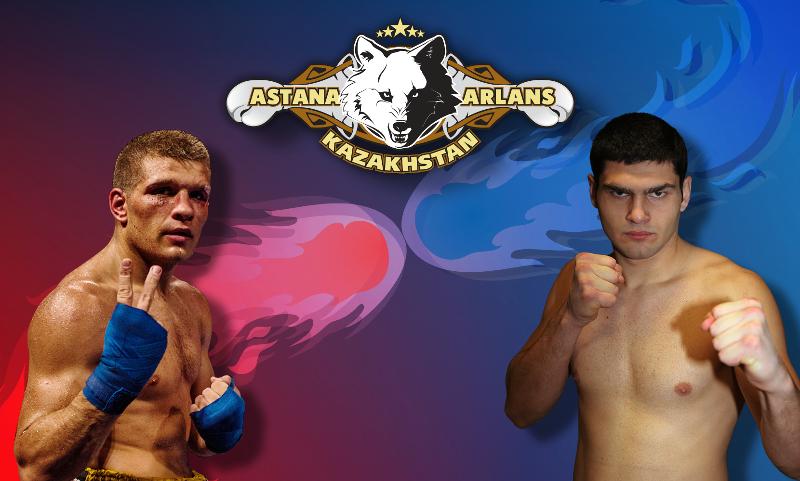 Lausanne – Switzerland, Oct 01, 2012: In a move that will send shockwaves through the competition, Kazakhstan Astana Arlans have announced the signing of two of the biggest stars in the World Series of Boxing: two-time WSB World Champion, Middleweight supreme Sergiy Derevyanchenko and 2012 Heavyweight king Filip Hrgovic.

The two stars were recently unveiled at a press conference held in Almaty. Drawn in the tough Group B, the Arlans will be looking to these two quality fighters to make the difference as they seek ultimate glory in the world’s premiere boxing team competition.

Sergiy Derevyanchenko is the Middleweight Ukrainian winning machine. The 26-year-old is one of the most technically gifted fighters in the whole of WSB. He has yet to taste defeat in his two seasons in the competition, having accumulated thirteen wins in the process. In his first season he went onto win the Individual Championships before repeating that feat a year later after having helped guide the Milano Thunder to victory in the WSB Team Final.

Hugely accomplished, he delights fans where ever he goes with his sensational style. He loves to dictate his bouts and his hand speed make him a terrifying opponent. Unleashing from every angle and with such a repertoire of shots in his arsenal, he is the most feared Middleweight in WSB.

Having narrowly missed out on Olympic qualification, Hrgovic, at 20, is still one for the future. This young Croatian has already made a huge impact in WSB, not because of his size, although he is 198cm tall, 6ft6in, but because he has all the attributes of a true Heavyweight. Already talked about as one of the future greats, his development has been closely monitored by many worldwide, describing his potential as truly unique.

In the WSB Season I, the 19-year-old orthodox, was one of Paris United’s main men as they took home the WSB Team Trophy. Over the past two seasons, he has taken to the ring thirteen times, losing only twice. He has also three TKOs to his name. With the imposing size of his frame, it is easy to forget his tender years. After the withdrawal of Russo, Hrgovic was the next in line to qualify for the 2012 Individual Championships which he went onto claim.

Worldseriesboxing.com will publish interviews of Derevyanchenko and Hrgovic this week. Stay tuned. —- WSB