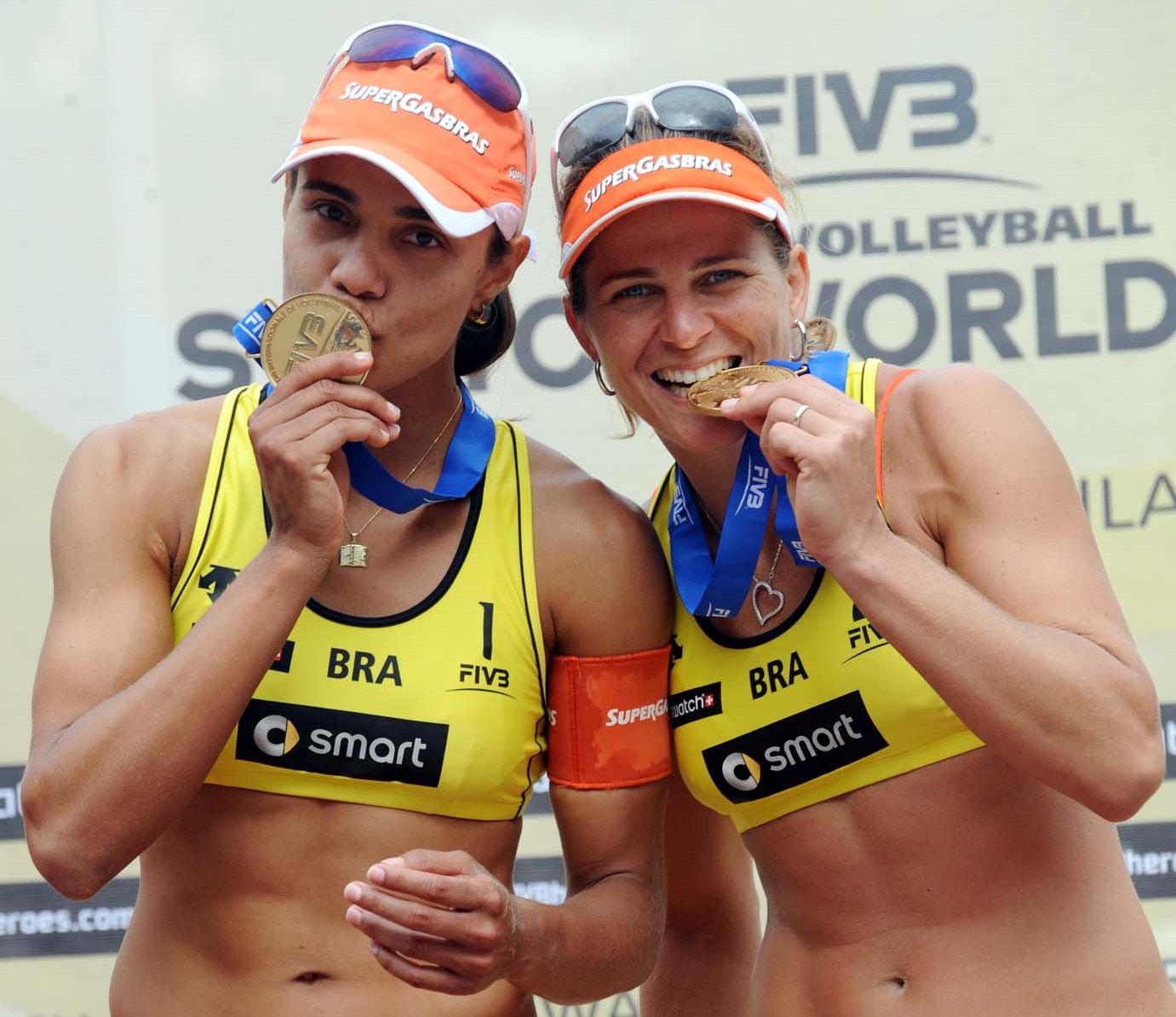 Berlin, Germany, July 15, 2012 – Juliana Felisberta and Larissa Franca became the second Brazilian team to win gold in two days at the smart Grand Slam, Berlin, when they defeated Chen Xue and Zhang Xi in the gold medal match on Sunday.

The Chinese scored the first point of the match, but after that the Brazilians took a firm grip on the match and refused to let go. The Chinese fought back in the second set, but by then the Chinese had built up a large lead and while Xue and Zhang Xi saved two match points the reigning FIVB world champions won the match with the third for a 21-16, 21-18 victory.

“I’m so happy because we played with the right mentality,” Juliana said. “I’m very, very happy with our attitude and I really, really want it to stay like this for the rest of the season.”

“There is us, Kerry Walsh and Misty May-Treanor and the Chinese. The Olympic Games is very balanced,” Juliana said. “I have played for 10 years, but have never been to an Olympic Games. Larissa has said you play matches and then you play the Olympic Games.”

In Beijing Larissa reached the quarterfinals with Ana Paula, but feels that she can improve on that result alongside Juliana.

In the bronze medal match Greta Cicolari and Marta Menegatti dashed local hopes of a medal when they defeated Germans Katrin Holtwick and Ilka Semmler in two sets. The Italians dominated the first and while Holtwick and Semmler pushed them hard in the second, they won 21-13, 21-19.

“We’ve now reached four semifinals in six tournaments and won three medals,” Cicolari said. “We are still missing gold, but the main thing is we won a medal. We have improved and developed as a team and are happy with how it has gone here.”

Earlier in the season the duo won silver at the Beijing Grand Slam and bronze at the Brasilia Open. Now they will miss the A1 Grand Slam presented by ERGO in Klagenfurt to concentrate on their preparations for the London 2012 Olympic Games.

“It has been a very intense tournament and the weather conditions made it difficult with the cold and rain,” Menegatti said. “We had some difficult matches, and the semifinal was a bad loss, but it was a good sign how we recovered for this one.”

The smart Grand Slam Berlin is the seventh of nine mixed gender tournaments on 2012 the FIVB SWATCH World Tour and the eighth women’s tournament of the year. The winning side left with the largest share from a pot of $300,000 per gender.

The Berlin tournament is the penultimate before the London 2012 Olympic Games in which 24 women’s and men’s teams will play for gold at London’s Horse Guard’s Parade.

The women’s calendar is set to culminate with the Bang Saen Thailand Open powered by PTT in Thailand which runs from October 23-28. —– FIVB