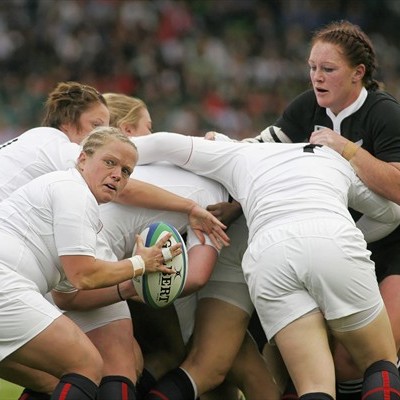 Preparations for Japan’s staging of Rugby World Cup 2019 have been further boosted after the International Rugby Board announced that the 2012 IRB Pacific Nations Cup will be hosted by the Japan Rugby Football Union.

The awarding of the marquee international tournament demonstrates the JRFU’s commitment to successfully delivering major Rugby events in the run up to Rugby World Cup 2019. It also underscores the massive growth potential within Asia – a Region that has experienced 18 per cent uplift in participation since 2007.

The announcement comes off the back of the JRFU’s successful hosting of the Tokyo leg of the HSBC Sevens World Series – the first international Sevens event to be hosted in the country in 11 years. It is also a strong endorsement of the Union’s operational and organisational skills as Rugby World Cup 2019 planning and preparation continues to advance on track.

It also provides a welcome and timely boost for Rugby across Japan after the 2011 IRB Pacific Nations Cup was reluctantly moved from the country to allow the Union to concentrate on assisting the Rugby community affected by the devastating earthquake and tsunami in March last year.

Five of the six matches will be played in Japan with double-headers featuring in the first two rounds of matches giving fans the opportunity to see the stars from all four teams. The opening match day on June 5 will see Samoa v Tonga (17:10 local time) and Fiji v Japan (19:10) in Nagoya while the second match day will take place on June 10 in Tokyo with Fiji v Samoa (12:10) and Japan v Tonga (14:10). The final round will be split over two weeks to accommodate Scotland’s tour to the Pacific Islands with Samoa v Japan in Tokyo on June 17 (14:10) and Fiji v Tonga rounding off the action in Lautoka, Fiji on June 23 (15:40).

“We are delighted that Japan is to host this major international championship. The awarding of this event not only underscores the great appetite for showcase Rugby events in Japan, but also demonstrates the JRFU’s intentions to reach out to new Rugby fans across Japan and wider Asia as we look towards Rugby World Cup 2019,” said IRB Chairman Bernard Lapasset.

“These are exciting times for Rugby in Asia and the Pacific Islands. The IRB Pacific Nations Cup was introduced in 2006 to provide an expanded high-level competition calendar for Fiji, Japan, Samoa and Tonga and therefore increase the competitiveness of Rugby World Cup. In that regard it has been a success story for the IRB and Participating Unions, demonstrating that our strategic investment programme is working. The IRB Pacific Nations Cup is now a hugely anticipated event in the Rugby calendar in its own right.”

“Scotland will tour Samoa and Fiji as the 10-year IRB tours and test schedule kicks off which highlights the IRB’s commitment to providing the likes of Fiji, Tonga, Samoa and Japan with more tests than ever before in a calendar year. In total we have invested more than GBP 15 million in Rugby in Oceania between 2009-2012.”

Growing the Game in Asia is a key priority for the IRB ahead of Rugby World Cup 2019 and the JRFU continues to make significant progress towards hosting Rugby’s showcase event. The IRB Pacific Nations Cup 2012 follows successful hosting of a record-breaking IRB Junior World Championship in 2009 and Tokyo’s debut as a HSBC Sevens World Series venue.

Japan Rugby Football Union Chairman Tatsuzo Yabe said: “These are exciting times for Rugby in Japan and throughout Asia and I am delighted that the Japan Rugby Football Union will host this year’s IRB Pacific Nations Cup, one year after the difficult decision was taken to relocate the tournament following the Tohoku earthquake. This will be a tournament for the people of Japan in memory of all who tragically lost their lives and were affected.”

“We are fully committed to delivering a very successful tournament that will showcase international Rugby as we continue to build towards Rugby World Cup 2019. Working in partnership with the IRB and RWCL, the JRFU has a long term plan to grow Rugby and host major international Rugby events that will continue to lay the operational and management foundations for a successful Rugby World Cup 2019 that will be the gateway to Rugby’s boom across Asia.”

Eddie Jones commented: “This is a new era for Japan Rugby and the Japan national team as we build towards Rugby World Cup 2019. The hosting of the IRB Pacific Nations Cup on home soil represents a great opportunity for us to move forward – to develop a truly Japanese style of Rugby with a young squad full of talent.

“We are looking forward to competing in the competition and bringing top class international Rugby to the Japanese people. Samoa and Tonga are ahead of us in the IRB World Rankings and we respect Fiji greatly. It will be very competitive.”

The IRB Pacific Nations Cup dovetails with the sister IRB Pacific Rugby Cup to deliver a local player and coach development pathway for the Pacific Island Nations. This year A sides from each of the three nations have played against Super Rugby development team opposition in Australia and New Zealand. The competition resumes in October with the final round robin matches between the Island teams.