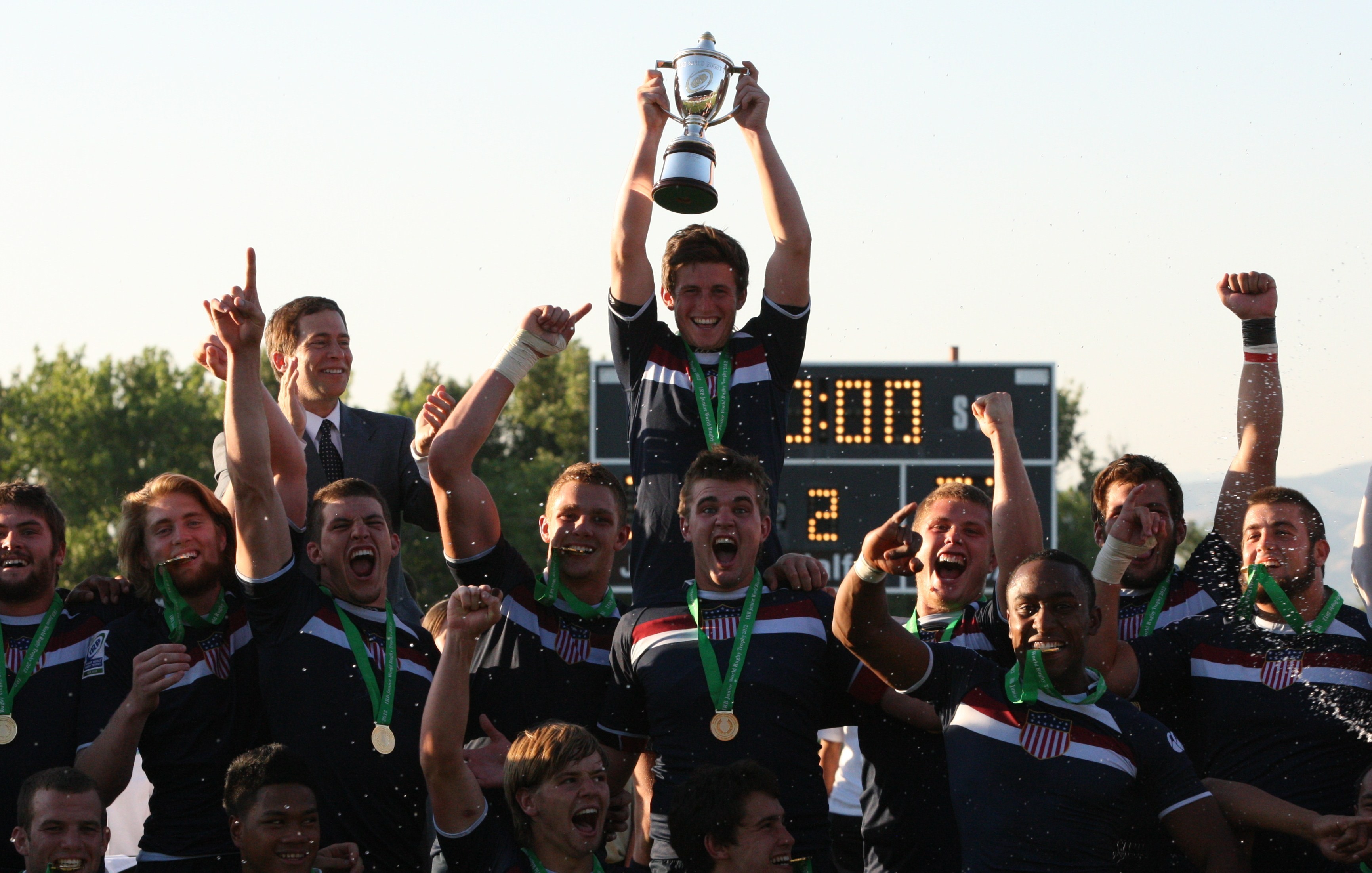 Utah – USA, July 01, 2012: IRB Junior World Rugby, In the most thrilling of circumstances, the United States won the Junior World Rugby Trophy in front of its home crowd on Saturday. Clinging to a four-point lead over Japan, the Americans held up a desperate Japanese attack in the closing seconds to win 37-33 at a sold-out Murray Rugby Park, Utah.

The Brave Blossoms threw wave after wave of attacking runs at the Americans, hoping to find a break but after about five minutes and a couple of dozen phases, they were whistled for a knock-on, ending the match. It had been a remarkable 80 minutes, during which time the lead changed no fewer than seven times, leaving the partisan home crowd on their feet by the end, sharing every hit and begging for the final whistle.

The Young Eagles’ other winger Noah Tarrant scored three tries, including what turned out to be the winner in the 76th minute. Lifting the trophy – and the Americans are the first hosts to do so – was no doubt a great thrill for the team but the real prize is promotion to next year’s Junior World Championship in France to play against the very top teams at this level.

It was an epic and fitting finish to what has been a wonderful tournament, a celebration of Rugby full of close games, hard-fought battles and some fine skills by the next generation of international Rugby stars.