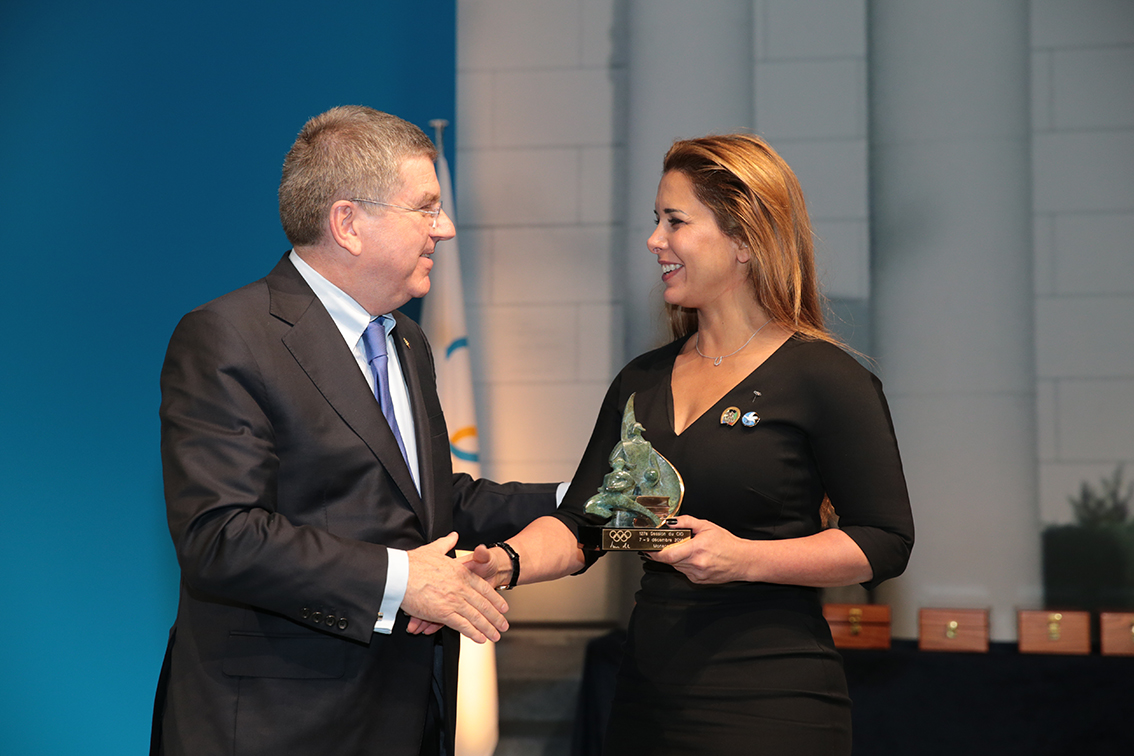 The unique trophy is in recognition of Princess Haya’s exemplary commitment to sport, its values and the Olympic Movement during her seven years as an IOC Member, her eight years as FEI President and a lifetime in sport.

“To thank you for your role and your dedication to sport and Olympism, I would like to award you the Trophy of the International Olympic Committee with all our respect and all your recognition for your great work,” IOC President Thomas Bach in his presentation speech.

“Her Royal Highness Princess Haya has been involved in sport since childhood. Since then she has devoted her life to sport and in particular to equestrian sport. She was the first Arab woman to compete in equestrian events at the continental, world and Olympic levels. She won a bronze medal at the 1992 Pan-Arab Games before taking part in the Olympic Games in Sydney in 2000 where she was also the flag bearer of Team Jordan.

“In 2006, Haya became President of the International Equestrian Federation at a very young age and was re-elected in 2010. During her presidency, she has continued to develop equestrian sport throughout the world, modernising it and making it more accessible to more people.

“Since 2007, within the IOC, she has played a very very active role, even before becoming an IOC member, serving on various IOC commissions: Athletes’, Culture and Olympic Education, International Relations, Entourage, Women and Sport, and Marketing.

“Through her commitment, enthusiasm, drive and courage, HRH Princess Haya is an example and inspiration to many women in her country, in her region and a great encouragement for many people.”