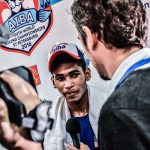 As the Tokyo 2020 Olympic cycle continues to gather pace and with the 2017 Men’s World Boxing Championships taking place in Hamburg later this year, AIBA announces the opening of the bidding process for its major 2018 to 2021 competitions.

Having surpassed 200 National Federation members at the end of 2016, and with key reforms, greater gender equality and education initiatives central ingredients of the Toyo 2020 Olympic cycle, boxing’s appeal continues to grow around the world. The 2015 Men’s World Championships in Doha and 2016 Women’s World Championships in Astana saw new markets emerge and new heights reached for the quality of the competition both in and out of the ring, with fresh stars rising in the glare of the global media spotlight.

Doha 2015 saw over 625 hours of boxing broadcast, reaching over 40 million viewers worldwide, with the action generating huge media attention for the tournament and creating an indelible link between the host city and the highest level of one of the world’s oldest and most-loved sports, one that overcomes racial and social boundaries and possesses important inherent values.

AIBA’s development of Women’s boxing has seen both the sport’s popularity and the level of competition soar since the first World Championships were held in 2001. Stars like USA’s Claressa Shields, Britain’s Nicola Adams and Mary Kom of India have helped the competition garner unprecedented exposure which, alongside the association with AIBA and the IOC’s targets for gender equality, represent a unique opportunity for host cities to create an important legacy for the sport.

From 2019, the Men’s and Women’s World Championships will become aligned in the same year for the first time, providing a clear and direct qualification schedule for Tokyo 2020 and offering potential for the two tournaments to combine or complement each other for a single host. The World Youth Championships, the Men’s edition most recently held in Saint Petersburg in November, attract a unique audience, too, providing a precious window on to the champions of tomorrow. —- AIBA