Home  »  OTHER SPORTS   »   WSB: 15 days to go until Individual Championships 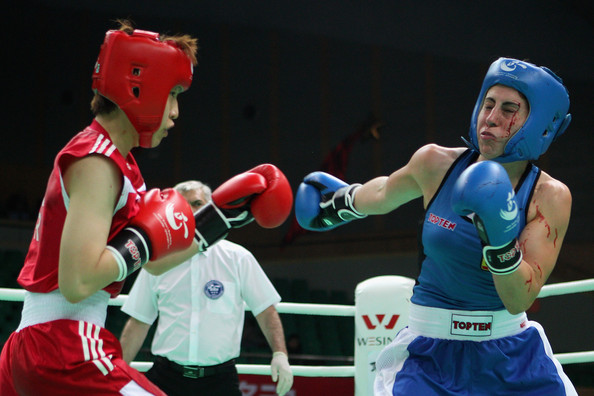 Lausanne, Switzerland, May 25, 2012: The day that could shape the destiny of five boxers’ careers is now only two weeks away. The Individual Championships at the ExCeL London on Saturday 9 June unites the best two fighters in each of the five weight categories during one night of action-packed boxing.

With those prized belts at stake and the opportunity to become World Champions, expect the skill and technique on show to be of the highest quality as the boxers battle it for supremacy. It will be a night to remember at the venue for the upcoming Olympic Games boxing event.

Want to be ringside in London? TICKETS are still available, but be quick, there are being snapped up fast.

Ten boxers, six different nationalities and six different WSB teams represented as the best of the best take to the ring. A competition that has seen 73 matches and 365 bouts has now reached its climactic end.

In the opening contest of the night, 27-year-old orthodox Azeri Bantamweight Gairberk Germakhanov will face the fast and unpredictable Mexican Elias Emigdio in what promises to be a truly electric fight. These two are extremely passionate boxers that give their absolute all in the ring.

The action will be unrelenting with Abdurashidov versus Romero. Russian Adlan Abdurashidov will be seeking to recapture the form that saw him go the regular season unbeaten as he topped the Lightweight ranking. The 21-year-old will have to be wary of the threat posed by the fleet-footed, tall and rangy Juan Romero from Mexico in this intriguing match-up.

Undisputed Middleweight king Sergiy Derevyanchenko, the Ukrainian winning machine, will be pushed to his limits when he locks horns with the rising star from Azerbaijan Heybulla Mursalov. Integral to Dolce & Gabbana Milano Thunder’s taking home the WSB Team Trophy, Derevyanchenko can lay claim to being the best pound-for-pound boxer in the competition. Mursalov is young and hungry and has the tools in his arsenal to do some serious damage and really challenge his rival in what promises to be enthralling contest.

Stablemates Azamat Murtuzaliyev and Ramazan Magomedau will be battling it out in an all-Azeri Light Heavyweight fight. A WSB first, it will be as fascinating as it will be bruising for these two with bragging rights and a World Title on the line.

The evening will come to a sensational conclusion when Heavyweight colossi Filip Hrgovic and Ruslan Myrsatayev go toe-to-toe. Big, strong and uncompromising, these two heavy-hitters will be relishing the opportunity to stake their claim on the competition’s most coveted prize after the withdrawals of Russo and Zuyev through injury.

These five fights will simply be irresistible and will treat boxing fans to the very best of what the World Series of Boxing has to offer. This will also be an opportunity to get a glimpse of what the future will look like when the AIBA Professional Boxing (APB) begins in the fall of 2013.