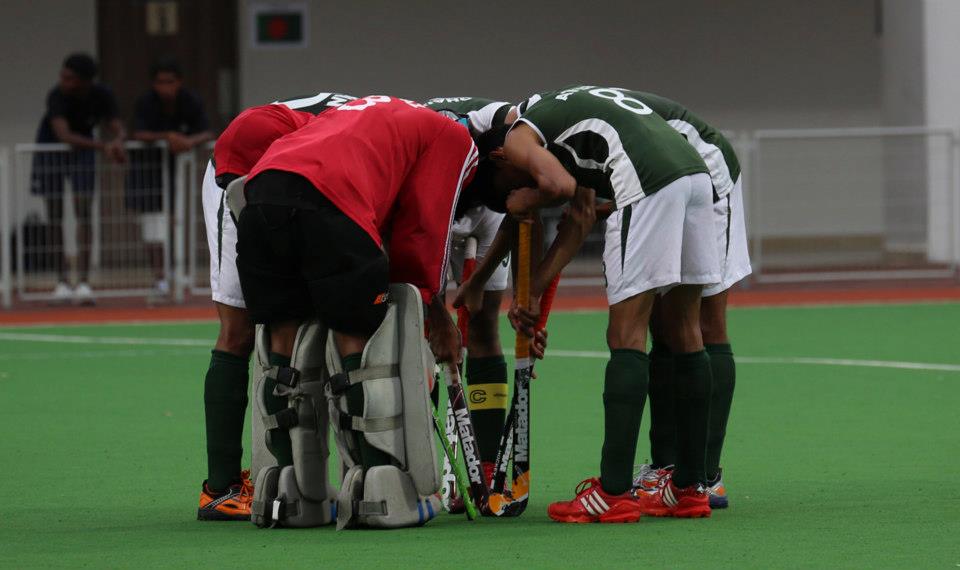 Lahore – Pakistan, April 24, 2013: In conjunction with the U-16 Boys Hockey Championship to be played at National Hockey Stadium Lahore, a National Coaches Clinic will also be held from 28th April to 1st May 2013. The PHF has appointed Olympians Tahir Zaman & Khawaja Muhammad Junaid as Course Conductors and Rana Mujahid Ali has been appointed as Coordinator.

The following Coaches are hereby directed to report to the Course Conductor at National Hockey Stadium Lahore:-

The 2nd Phase of training camp of national junior probables preparing for Test Match Series against Germany, Belgium & Holland will be established at Naseer Bunda Hockey Stadium Islamabad on 30th of April 2013.

The 2nd edition of the U-16 Boys Hockey Championship will be played at National Hockey Stadium Lahore from 28th April till 9th May 2013. The PHF has appointed “Age Credentials Check Committee” who will verify and check the ages of the players and shall apply “Bone Test” or may resort to “Facial Scrutiny”to disqualify the over-age players. The concealment of age factor shall render the player & team manager, to debarment, which may exceed up to one year. The Committee will comprise of the following: