Home  »  OTHER SPORTS   »   Helmut Spahn, Executive Director of the ICSS 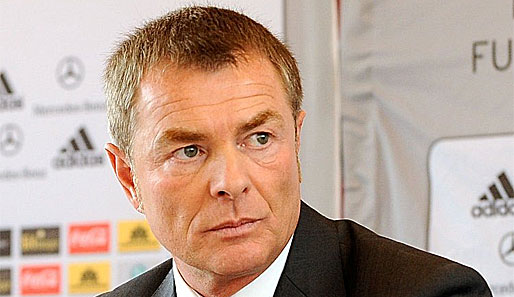 Poznan-Poland, June 6, 2012: The International Centre for Sport Security (ICSS), the not-for-profit institution that specializes in sport security and integrity, has today announced that Executive Director, Helmut Spahn, has been appointed as UEFA Security Officer for UEFA EURO 2012, taking place in Poland and Ukraine from 8th June to 1st July 2012.

Spahn, who was also UEFA Security Officer for the recent UEFA Champions League Final, will evaluate safety and security measures and supervision at the tournament. He also participated in the ‘UEFA Stadium and Security Workshop’ in Warsaw on 4th to 6th June, where a number of key topics were discussed, including the reporting system, crisis management and venue updates, as well as attending a joint meeting with all match delegates and venue directors. During the group phase of the tournament, from the 6th June onwards, he will be embedded in the evaluation team´s headquarters in Poznan, Poland, before moving to Kyiv for the knock-out phase of the tournament.

Speaking of his appointment, Helmut Spahn, Executive Director of the ICSS, said: “It is always exciting to be part of the organizing team for a tournament and feel the heartbeat of sport and I am delighted to be representing the ICSS at UEFA EURO 2012. It is an excellent opportunity to share expertise gained at past events, including the 2006 FIFA World Cup and the 2011 Women’s FIFA World Cup, and to assist the organizers in staging a safe and secure event. The ICSS will also be able to gather additional knowledge and experience in two new host countries which can, in turn, be used to build expertise and benefit the wider sporting community.”

Mohammed Hanzab, President, of the ICSS said: “Involvement in UEFA EURO 2012, one of the highlights of the 2012 international sporting calendar, is another important milestone for the ICSS. Over recent months, our team of world-leading experts has been involved in a number of major sporting events and sport security and integrity projects around the world. Most recently, we supported the International Ice Hockey Federation (IIHF) in the delivery of the 2012 IIHF Ice Hockey World Championship, in Finland and Sweden, and observed Europe’s premier club handball tournament, the VELUX European Handball Federation (EHF) FINAL4.”

As well as supporting event organizers, the ICSS is also driving two major initiatives with the Institute for Fan Culture (IfF) into fan behavior, and the Université Paris I – Panthéon-Sorbonne which will see the creation of a new central hub to promote and support global sporting integrity.