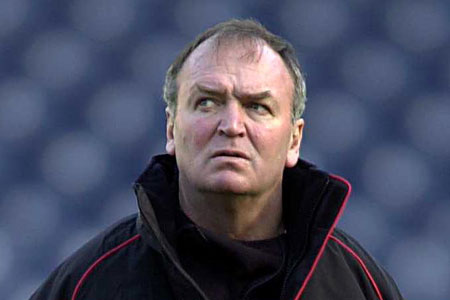 Henry, widely renowned as one of the finest coaches of his generation and one of the most successful coaches of the professional era, coached the All Blacks to victory on home soil in 2011 and no less than five Tri Nations titles, receiving the coveted IRB Coach of the Year five times between 2004 and 2011.

The New Zealander accepted the invitation by the IRB Council and replaces another RWC winning coach in South Africa’s Jake White on the Rugby Committee, which is chaired by former New Zealand captain Graham Mourie. White has stepped down owing to his Super Rugby coaching commitments.

IRB Chairman Bernard Lapasset said: “The IRB Rugby Committee is at the very heart of developing policies relating to the playing of the Game and comprises leading representatives from the playing, coaching and refereeing fraternities covering men’s and women’s Fifteens and Sevens. It recommends policy on critical areas of playing the Game such as player welfare, the Laws, playing trends and coaching techniques.”

“The IRB Council believed it was important that a leading international coaching representative be brought onto the Committee to bring a wealth of insight and experience. There are few better qualified coaches to join the Rugby Committee than Graham, who is a Rugby World Cup winner, a Tri Nations winner and an unprecedented five-time IRB Coach of the Year. We are honoured that he has accepted the invitation and look forward to his invaluable contribution to the IRB Rugby Committee and the Game worldwide.”

“I would like to thank Jake White for his invaluable insight and enormous contribution to the Committee over the past three years,” added Lapasset.

Henry is already looking forward to making a contribution to the IRB Rugby Committee and playing his part in assisting the ongoing development and growth of the Game around the world.

“It is a massive honour for me to be asked by the IRB Council to join the IRB Rugby Committee. Rugby is a sport that is constantly evolving on and off the field and with that come challenges. As a coach I have experienced the evolution first hand. I am now looking forward to using my experience to continue to contribute to the Game through the IRB Rugby Committee,” said Henry.

“The Rugby Committee plays a central role in ensuring that the sport continues to thrive and grow in the safest possible environment using the best possible techniques for playing, coaching, officiating and administering the Game. I am excited about the prospect of being involved in that process.”

Mourie added: “The IRB Rugby Committee plays an important role in advising the IRB Council on all issues related to playing the Game across the spectrum from community Rugby up to the professional Game. The personnel who sit on the Committee have a wealth of knowledge of administrating the Game and the appointment of World Cup winner Graham Henry to succeed Jake White, alongside Fabien Pelous and a soon to be named international player, further strengthens the Committee and underscores the IRB’s commitment to consulting the Game.”

The IRB Rugby Committee is one of three IRB Standings Committees. The other two are the Audit & Risk Committee and the Regulations Committee.