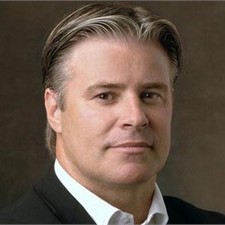 Dublin – Dublin, July 21, 2012: Brett Gosper has been appointed Chief Executive Officer of the International Rugby Board by the global governing body’s Executive Committee. Vastly experienced and with an impressive sport and business track record, Gosper will start the role on August 15 and joins the federation at an exciting time for a sport that continues to experience unprecedented global participation, interest and commercial growth.

Gosper, 53, will be responsible for the day to day operations of the IRB in line with the 2010-2020 Strategic Plan as mandated by the IRB Council, including the delivery of Rugby World Cup in his dual role as Managing Director of Rugby World Cup Limited, the implementation of development, investment and player welfare strategies and Rugby’s successful return to the Olympic Games in 2016.

IRB Chairman Bernard Lapasset welcomed the appointment and expressed his excitement for the future of the IRB and the growth of Rugby worldwide.

“Guided by our comprehensive Strategic Plan, the IRB has a clear mission to develop, sustain and grow the sport of Rugby worldwide in order that it remains a thriving, attractive sport, bound by strong values that continue to reach out to record numbers of men, women and children worldwide,” said Lapasset.

“Brett Gosper shares that vision and proved himself to be an outstanding candidate during an extensive recruitment process featuring excellent candidates. The IRB Executive Committee unanimously agreed that his strong blend of experience, skills and passion for the Game are perfectly suited to the role.”

“Brett joins a strong and dynamic management team at an exciting time for the IRB and Rugby and I am confident he will continue to drive the Game forward, ensuring our core base remains strong, competitive and compelling, while continuing to improve and grow the Game throughout our regions and within new markets.”

“On behalf of all at the IRB, I would like to thank Robert Brophy for his excellent work, dedication and leadership as acting Chief Executive Officer. During his tenure, Robert has successfully managed a number of important of achievements, including the successful finalization of Rugby World Cup 2011, a new financial model for Rugby World Cup 2015 and the adoption of a new disciplinary and sanctioning regime for the Game under Regulation 17. Robert will continue to act as the Chief Financial Officer of the IRB and RWCL.”

Gosper said: “I am delighted to be taking on this role at what is such an exciting time for the Game with Rugby World Cup going from strength to strength as a major global sporting brand as we look forward to the biggest-ever Rugby World Cup in 2015 and the sport returning to the Olympic Games at Rio 2016 with participation at an all-time high and a strong global commercial profile.”

“I am passionate about Rugby and look forward to using the experience gained through my involvement with the sport and management of global organizations and brands to work with the IRB Council, in partnership with Unions and Regions, and strengthen relationships with stakeholders to add further momentum to Rugby as one of the world’s most popular and commercially successful sports.”

Early club career in Australia Gosper began his First Grade rugby career in Melbourne in 1978 with the Melbourne Rugby Union Football Club. In 1979 at the age of 20, Gosper was named Captain.

In 1980, he represented the State of Victoria against the New Zealand All Blacks. Gosper moved to Brisbane in 1981 where he joined GPS Old Boys and the Queensland Rugby Union squad.
Racing Club de France (1981-1990) Gosper left Australia aged 22 when recruited by France’s oldest rugby club, the Racing Club de France (Now Racing Metro 92) in Paris, where he played from 1981 to 1990. The team was famous at the time for wearing pink bow ties in the 1987 and 1990 finals of the French Championship.

International career Gosper played trials for the Australia national rugby union team tours in 1979 (Argentina) and 1981 (United Kingdom). He represented the Australian Under 21 Rugby Union team in 1980, versus New Zealand at the Sydney Cricket Ground.

Gosper was also selected by the French Barbarian Rugby Club to play against the touring All Blacks at La Rochelle in 1986.

Gosper was also captain of the Italian side at the Monaco Sevens in 1986 at the Stade Louis II.

ADVERTISING CAREER
Ogilvy & Mather In 1981, Gosper began his advertising career as a graduate trainee with Ogilvy & Mather in Melbourne and Brisbane, Australia. On being offered a place with the Racing Club rugby team in Paris he transferred to Ogilvy & Mather Paris in 1982 where he became Group Account Director in 1986.

In 1994 Gosper was recruited by Havas to relaunch Euro RSCG’s struggling entities in London as Chief Executive Officer of newly branded Euro RSCG Wnek Gosper. He led the agency for almost a decade.

In 2003, Gosper moved to New York and McCann Erickson as CEO of their flagship New York office.

Back in London since 2007, Gosper was most recently Chief Executive Officer of McCann Erickson Europe, Middle East and Africa, until March 2011. Gosper was also a member of the McCann Worldgroup Executive Committee and a Board Executive. —- IRB