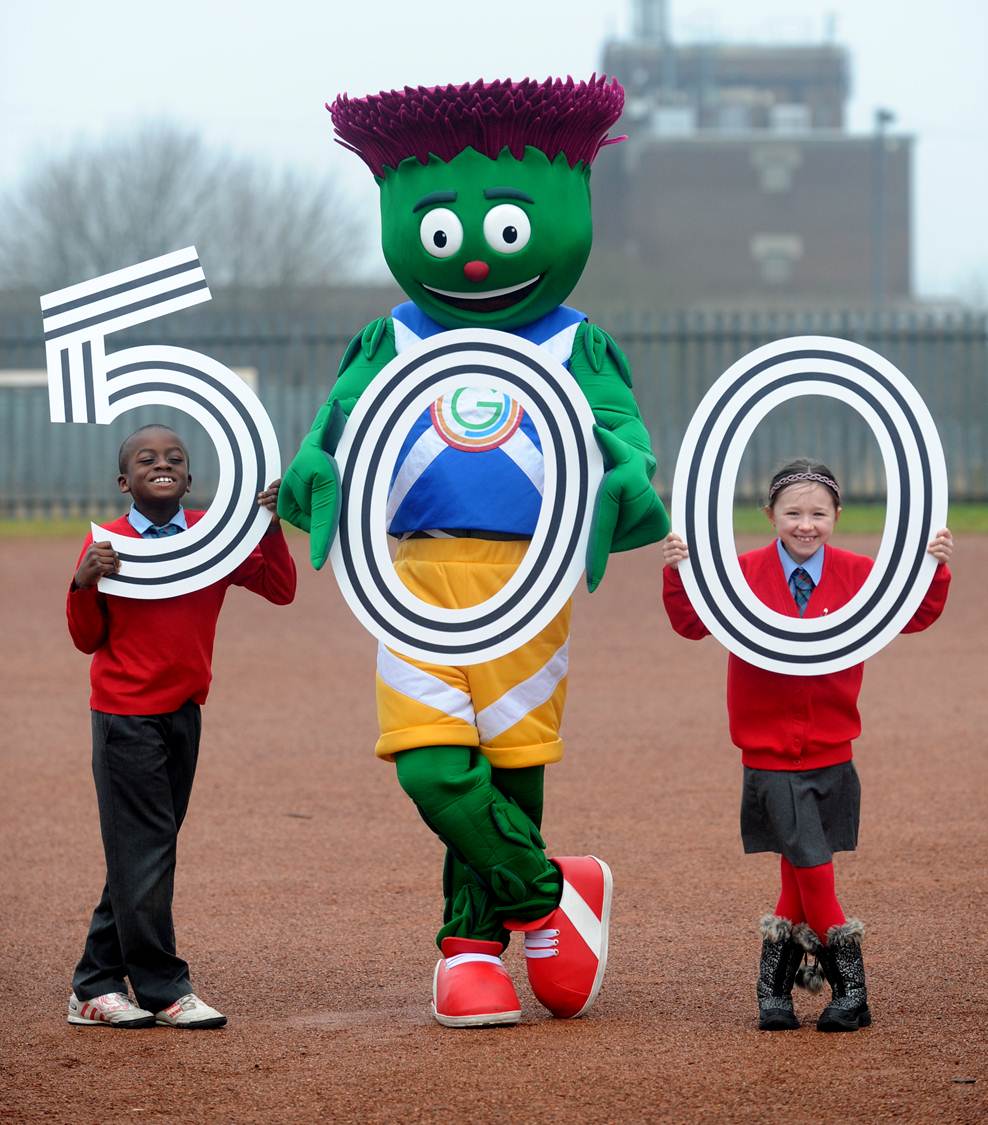 Glasgow, Mar 10, 2013: A world of opportunity for the nations and territories of the Commonwealth to shine on the global stage was announced today with the unveiling of the International Sector Route of the Queen’s Baton Relay – one of the unique traditions of the Commonwealth Games.

From the plains of Africa to the gleaming skyscrapers of Singapore; from the tiny tropical islands of St Lucia and Dominica to Canada’s snow-capped mountain; Today Glasgow 2014’s Organising Committee, revealed the journey the baton will take over land, sea and air around the globe, visiting every nation and territory of the Commonwealth, before travelling the length and breadth of Scotland on its way to its final destination – the Opening Ceremony.

The relay is a unique element of the Commonwealth Games which unites the two billion citizens of the Commonwealth in a celebration of sport, diversity and peace. It’s the world’s most engaging relay where communities from every corner of the Commonwealth are invited. It also gives Glasgow and Scotland a once-in-a-lifetime opportunity to connect with all 71 nations and territories. Glasgow 2014’s baton itself will make history being the first to visit Rwanda as the relay covers an epic 190,000 km over 248 days.

The baton will visit (insert your local area details and dates)

Insert quote from your CGA representative.

The baton, which will be created especially for Glasgow 2014, will begin its journey on 9 October at Buckingham Palace when Her Majesty The Queen will place Her message to the Commonwealth into the baton. From there, the baton will travel to Glasgow and begin the epic journey.

The first stop of the journey will be to Delhi – Host City of the 2010 Commonwealth Games. Over the 248 days the baton will travel sequentially through Asia, Oceania, Africa, Americas (south), the Caribbean, Americas (north)before returning to Europe and the Home Nations and then into Scotland. The baton will average one to four days in each nation with an extended duration of seven days in Wales, 14 days in England and 40 days in Scotland.

The baton will be relayed on its journey by Emirates, the Official Airline of the Queen’s Baton Relay and an official Partner of Glasgow 2014. Emirates operates to 23 Commonwealth Countries and has 112 non-stop flights to the UK – including twice daily to Glasgow.

Unforgettable memories will be generated. Past relays have featured a submarine in the Maldives, a vintage sidecar in Singapore and a scuba diver to the underwater post office in Vanuatu.

Exotic landing spots for the baton include:

• Nauru – the smallest island on the route

• Spend Christmas in Vanuatu – with its underwater post office!

The journey of the baton will be unveiled for the first time in an interactive celebration in Glasgow’s iconic new Emirates Arena – a major venue for the Games. Game Partners were joined by children and young people from across Glasgow to create a celebration with a real global flavour.

“For Scotland and Glasgow the Queen’s Baton Relay creates an unparalleled chance to put both city and nation into the international spotlight, creating valuable economic, cultural, and educational opportunities for and beyond the Games.

“The last lap of this global journey brings the Baton back home to touch every community in Scotland as the baton journeys to its final destination.”

“The Queen’s Baton Relay puts Glasgow and Scotland on a world stage, inviting international athletes of the Commonwealth to come to Glasgow to compete.

“The QBR is a thread linking Scotland to valuable economic, cultural, and educational links with other countries before the Games – links we hope to build on during the Games and in the years to come.

“By visiting every nation and territory who will send a team, the QBR is a great example of why the Commonwealth Games are known as the ‘Friendly Games’ and we are sure that Glasgow 2014 can be the friendliest yet.”

“The Queen’s Baton Relay is a perfect example of the global reach and appeal of the Commonwealth Games. The Games will offer Glasgow a unique showcase to demonstrate what we can do to two billion people and will present us with many different opportunities. The epic voyage of the Queen’s Baton Relay also reminds us that we will soon be host to competitors and visitors from all over the world.”

“We know from past experience of hosting a Queen’s Baton Relay leg in Scotland that this is the time when awareness of the Games goes live for each country. There is no better way to spread the word that the Games is coming and that we are all part of a wider Commonwealth family.”

Later this year Glasgow 2014 will reveal the design of the baton as well as full details on how thousands of Scots can get involved in baton’s final journey across Scotland in the exciting last build-up to the Games. —- Glasgow 2014