Home  »  OTHER SPORTS   »   Full Coverage of Table Tennis at Olympic 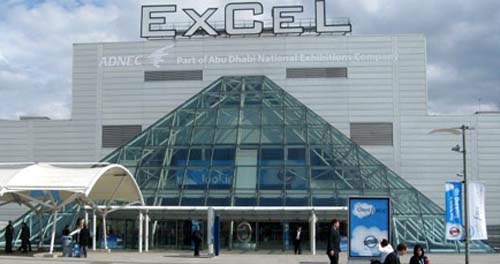 Lausanne, July 18, 2012: Full coverage, The clock is ticking, Saturday 28th July will signal the start of the table tennis events in the ExCeL Arena for the 2012 Olympic Games.

Detailed coverage will be available on the website of the International Table Tennis Federation; up-to-date new will be combined with a complete media service.

Visit the ITTF media page and the London Olympic event page, both updated for the latest information on Olympic history and on the competition in London.

The media page can be accessed from the front page or from the top menu selecting Media News link.

Also the London Olympic event page can be accessed from the front page or from the top menu selecting Olympic Games 2012 OG London or from the link on the first top article.

The London Olympic event page will be set as default page from Monday, 23rd July.

• Statistics of all Olympic Games, participants, results by National Olympic Committees and players

In addition players’ head-to-head results is available including all ITTF World title and sanctioned events results back to 10 years plus all Olympic Games results.

The online head-to-head statistics is available on the main page, on the media page, on the Olympic event page and in the ranking/stats menu.

During the Games, articles will be posted, quotes, photos and a live scoring service will bring all the action to you.

Lily Zhang from the United States of America is the youngest player competing in the table tennis events to be staged in the ExCeL Arena at the forthcoming London Olympic Games. Furthermore, if the whole gambit of the sports of offer is analysed, she will be one of the youngest.

Nevertheless, for an athlete who will be 16 years and 42 days old, when the first ball is hit in anger in London’s ExCeL Arena on Saturday 28th July 2012; the prospect of facing those who have competed in the Olympic arena before she was born is quite daunting. Lily Zhang was born on Sunday 16th June 1996; just over one month before play commenced in the Georgia Congress Center at the Atlanta Olympic Games.

She is a player of the present century as are her compatriots in the United States Women’s Team at the London Olympic Games; when play commences in the Women’s Team event, the United States will be represented by three 16 year olds. Ariel Hsing, who was born on Wednesday 29th November 1995 and Erica Wu on Wednesday 15th May 1996, complete the team.

Started in 2005 under the direction of Rajul Sheth and now with Italy’s Massimo Costantini leading a team of coaches, the club is a thriving organization and one of 22 ITTF Hot Spot Training Centres worldwide.

Timothy Wang, who will be on duty at the London Olympic Games, is also a member of the club that clearly has a system which works and one that has an atmosphere to motivate all concerned.

London 2012 Springboard into the Future
London will be their first ever Olympic Games and of the course the team is much different from four years ago in Beijing when the Americans entrusted vast experience with Gao Jun, Wang Chen and Crystal Huang on duty.

London 2012 could well be the platform, the springboard for the future and who knows; has a team been formed that could be together for many Olympic Games to come?