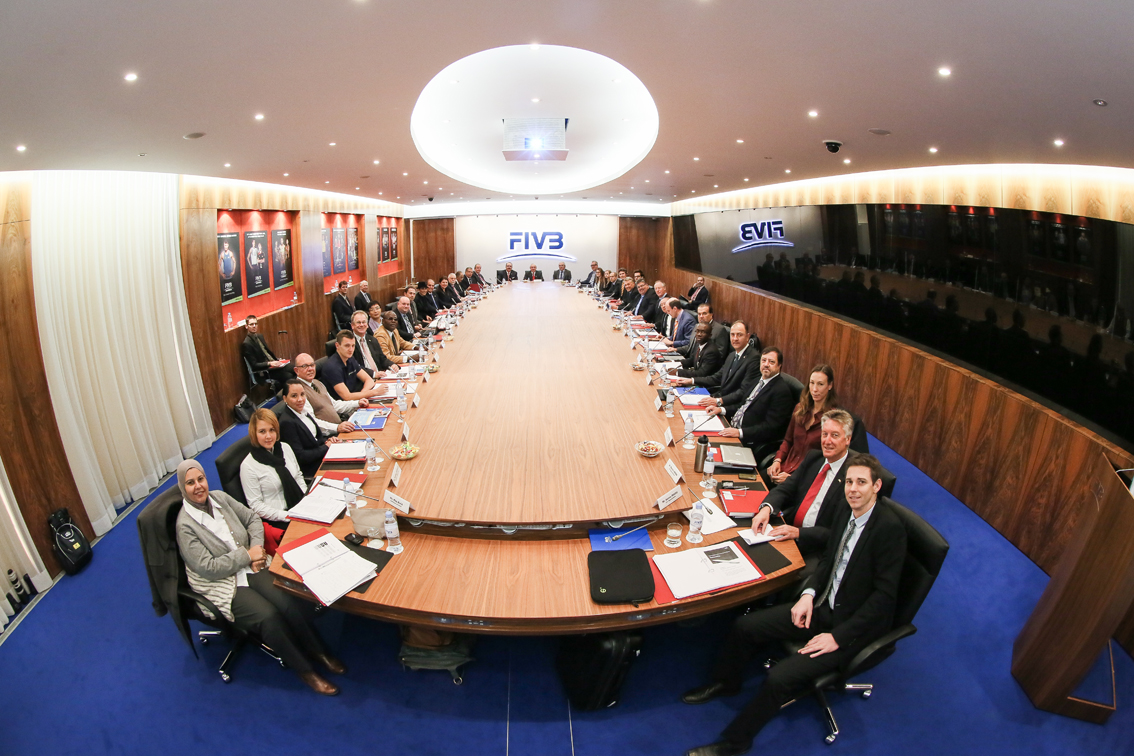 Lausanne, Switzerland, November 28, 2013 – The FIVB Beach Volleyball Commission concluded its annual two day meeting at the headquarters of the International Volleyball Federation on Thursday, having discussed the latest innovations and modifications for international beach volleyball.

FIVB President Dr. Ary S. Graça F° opened the meeting by expressing how important innovation is “for the development of our sport.

“We have two very important properties the World Tour and the Continental Cup and we must grow and promote these as much as possible through innovative and modern means.

“We will need you (the Commission members) more than you think for development since the beach volleyball competition at the 2016 Olympic Games in Rio de Janeiro will be a huge success.

“With the Continental Cup, we have a very good product in our hands and now, with its second edition starting in 2014, is the moment to capitalise on its growth and popularity.

“We need to provide the opportunity to play, this is our ultimate aim.”

In looking ahead to 2014 and beyond the Commission – which featured members from 14 countries for the meeting plus the Presidents and beach volleyball representatives of the five FIVB Confederations, two player representatives Lauren Fendrick (USA) and Martins Plavins (LAT), technical expert Marco Tullio Teixeira of Brazil plus members of the Refereeing Commission and Rules of the Games Commission – put forward many proposals to the FIVB Executive Committee, which will meet on December 15 whilst also looking ahead to the FIVB beach volleyball season in 2014 and the FIVB’s signature beach volleyball event – the World Championships – which will be held in the Netherlands from June 26 to July 5 in 2015.

The Nanjing Youth Olympic Games, which will feature beach volleyball for the first time, were also discussed with each confederation explaining their qualification system for the quadrennial event, which will take place from August 17 to 28.

The last point on the agenda was the Rio 2016 Olympic Games where the spectacular setting Copacabana beach will host the best beach volleyball players in the world.

The next meeting on the FIVB agenda is the Beach Volleyball World Tour Council, which will take place on Saturday. —- FIVB