Lausanne, March 30, 2018: The start of the first FIG Parkour World Cup series is just a week away, with the inaugural competition scheduled to take place from 6 to 8 April in Hiroshima, Japan. 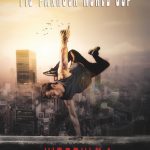 Some thirty athletes representing 20 nations are expected at this first official FIG Parkour competition, which is taking place as part of the Japanese leg of the FISE, the major urban sports festival.

It was at the instigation of the FIG President, Morinari Watanabe, that the FISE added this extra stage to the world circuit this year.

“In this way Hiroshima will become the city where we launched this great adventure with Parkour – an adventure that we hope will one day lead all the way to the Olympic Games,” said President Watanabe.

The Parkour adventure actually began in France in the 90s. Current President of the FIG’s Parkour Commission, David Belle, originally developed the Parkour concept in the 90s, according to precepts laid down by his father, a Parisian firefighter.

“When I was a teenager, I’d practise jumping and climbing over all these objects around me in my urban environment, but the idea of competition was totally foreign to me,” said Belle.

“For me, Parkour is about mastery and self-control in overcoming obstacles as effectively as possible, and this spirit should not be lost in competition.”

“While the competitive element has its fans, what is important to us through this World Cup event is to promote athletes who respect the principles of our discipline and also to ensure an attractive showcase for the promotion of Parkour around the word,” added Charles Perrière, vice-president of the Parkour Commission.

The concept of promoting efficiency and self-control will feature strongly in the two event categories that appear in the World Cup programme, Parkour Speed-Run and Parkour Freestyle.

In Speed-Run, athletes must negotiate a series of different obstacles on a particular course – and do it as efficiently as possible against the clock.

In Freestyle, the athletes’ performances are judged by a panel which assesses the manner in which they negotiate the obstacles according to several criteria such as style, efficiency and control.

Only the top eight in the qualifying standings for each category will progress to the final, which will comprise four rounds of one run each in a knock-out format with “repêchage”.

The launch of the Parkour World Cup is part of a global development project for the sport.

In addition to the competition, there will be performances and initiation workshops to allow the wider public to discover this discipline, which is first and foremost a training method, teaching people to better handle and overcome the obstacles around us.

This Hiroshima World Cup is the first in a series of three in 2018. The second stage will be held in Montpellier, France in May with the third and final stage in Chengdu, China in November, where the winners of the 2018 series will be crowned.