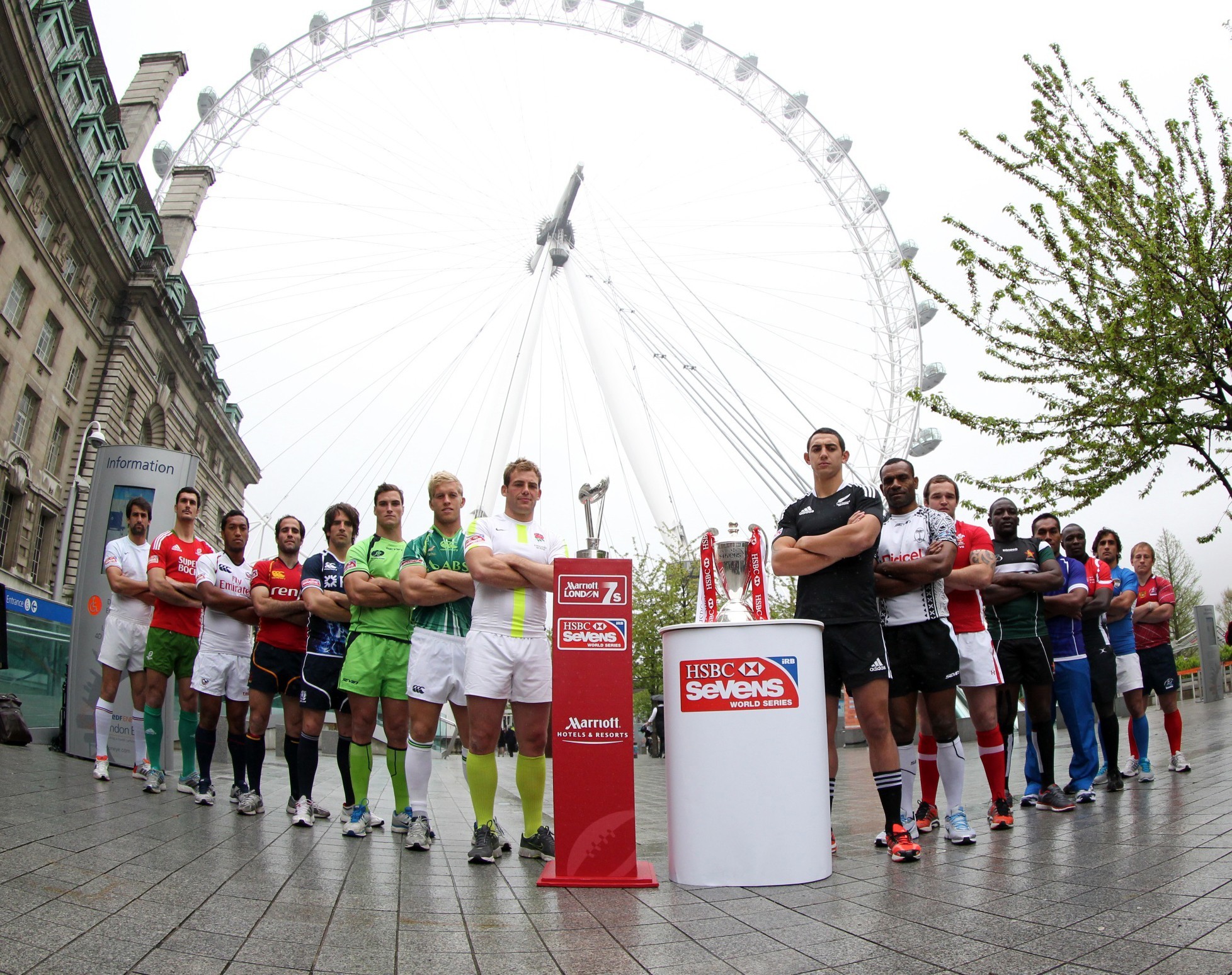 Dublin-Ireland, May 09, 2012: Final Round HSBC, The coaches and captains of the 16 nations set to compete in the final round of the HSBC Sevens World Series gathered at one of London’s most iconic venues, the EDF Energy London Eye, to officially launch the event.

The Marriott London Sevens will take place on 12-13 May at Twickenham Stadium with over 100,000 fans set to attend, a fitting stage for the grand climax of the 13th World Series.

“It’s great to be in the city of London, you just see the guys’ faces fill with awe at being in the capital. Hopefully that will translate to the weekend and everyone enjoys playing at Twickenham,” said England captain, Rob Vickerman.

RFU Professional Rugby Director Rob Andrew said: “The London Sevens event has become one of our biggest events at Twickenham. The tournament’s growing, we’re going to have over 100,000 fans there at the weekend, it’s become a big part of the rugby calendar.

“We’re very pleased to be hosting the final round of the Series. We want to have the biggest tournament and we want to win the World Series at Twickenham. We’re not going to do that this year unfortunately, but we are in third position and the guys have had a great season, and this time next year hopefully we’ll be playing in London to try and clinch the World Series.”

The IRB Women’s Sevens Challenge Cup is being played alongside the men’s competition for the first time in London, adding an Olympic flavour to proceedings four years out from Rugby Sevens’ debut on sport’s grandest stage.

“From the top of the London Eye you can just about make out London’s new Olympic venues, which serves of a stark reminder that Rugby Sevens makes its own Olympic debut in Rio in just four years’ time,” said Beth Coalter, IRB Sevens Tournament Director.

“I’m sure the finest men’s and women’s Sevens players in the world will put on a show this weekend, deliver a taster of what is to come at Rio 2016 and repay what is expected to be another record crowd for Sevens.

“It is hugely exciting for everyone to be in London for the climax of 2011/12 HSBC Sevens World Series. The prospect of playing at a packed Twickenham is something that is very special for all of the players and to be here on the London Eye with a birds-eye view of the city has been stunning.”