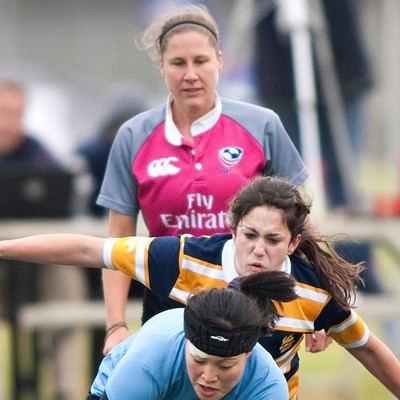 Berard will follow in the footsteps of Australia’s Sarah Corrigan, who refereed at the IRB Under 19 World Championship in Belfast in 2007, and Kenya’s Sarah Otieno, who was promoted to Assistant Referee during the Junior World Rugby Trophy in 2009.

The American is one of nine officials chosen for the strategic development tournament which will take place in Salt Lake City, USA, from 18-30 June.

Officials previously selected for the JWRT have gone on to represent their country with the whistle at test level, most notably at the HSBC Sevens World Series this season where Japan’s Aki Aso has taken charge of matches following his appearance at JWRT 2010 in Russia.

Seven of the nine officials are also graduates of the IRB’s Talent Optimisation Programme at Stellenbosch University, which provides practical training for the best up-and-coming officials.

The selection of two officials from the USA, together with their hosting of the key Age Grade event, is further evidence of the country’s growing commitment to Rugby and the talent pool within the Game.

“In conjunction with our premier Age Grade tournament, the IRB Junior World Championship, these events ensure important preparation, training and education processes are delivered to the world’s leading up and coming referees to ensure the officiating future of the Game is in safe hands.”

“Berard’s selection is on merit. The IRB is committed to working with our Unions to drive up the number and quality of female international referees and I am sure that she will benefit greatly from the experience and make a strong contribution to the panel.”

Speaking on her appointment, Berard said: “I am delighted to be named as part of an exceptional match officials panel, particularly as the Junior World Rugby Trophy is held on home soil in Salt Lake City this year.”

“Now that I’ve had a taste of international exposure, I want more of it. I’m a competitive person, so I’m competitive as a referee as well. I enjoy both Sevens and Fifteens and there are opportunities for me in both, with the Rugby World Cup Sevens next year and Women’s Rugby World Cup 2014 the following year. These are very exciting times and I am really pleased to be part of it.”