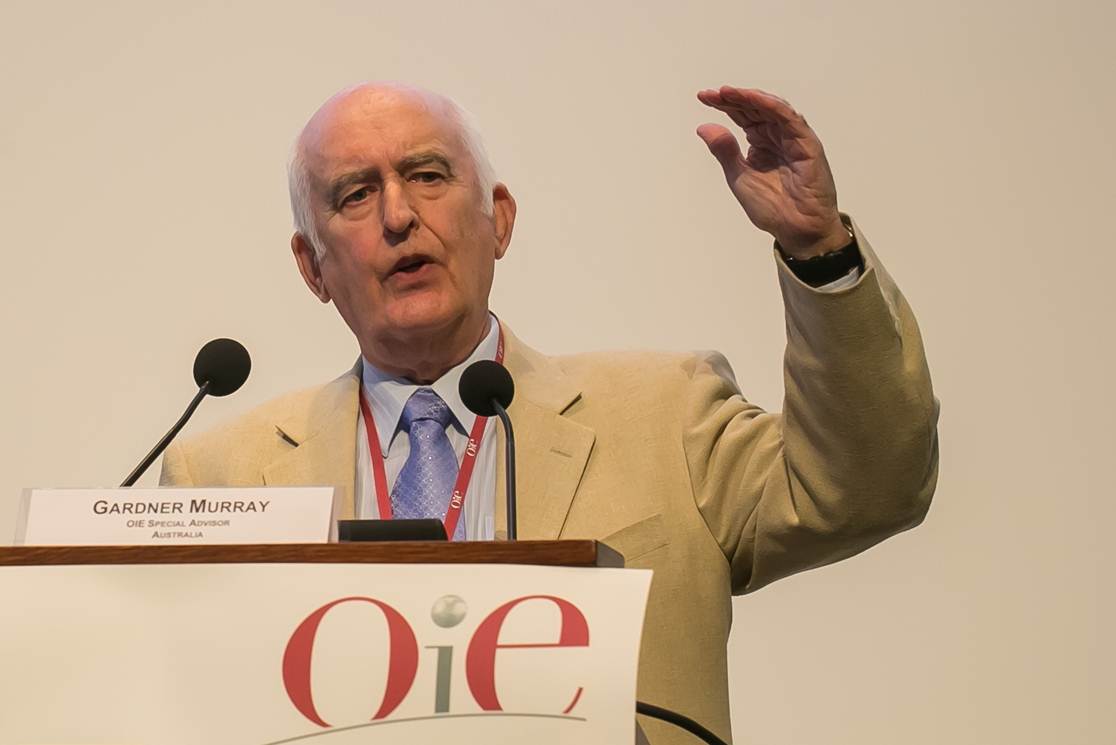 Lausanne, June 10, 2013: The FEI has welcomed two major advances in its ongoing global campaign to improve the international movement of sport horses. The European Commission and Chinese authorities jointly signed off amended legislation that will allow for the temporary importation of EU horses to Shanghai for the CSI5* Longines Shanghai Masters, just days after the World Organisation for Animal Health (OIE) had separately passed a resolution that called for the development of new standards and guidelines for the temporary international movement of a specific sub population of high-health, high-performance competition horses and the establishment of Disease Free Zones in its member countries.

The OIE resolution, tabled in direct response to what the OIE terms “the benefits and challenges posed by the worldwide expansion of equestrian events”, was passed unanimously by delegates attending the 81st OIE General Session in Paris (FRA). More than 800 participants attended the General Session on 28 May, including government representatives, ministers of agriculture, livestock and fisheries, and chief veterinary officers from 178 member countries.

“The OIE resolution and the recent agreement between the EU and China demonstrate a significant shift in the approach to the international movement of horses, which is being driven by the FEI’s desire to find a better system,” FEI Secretary General Ingmar De Vos said. “This is an ongoing process, but clearly there is a willingness from all parties for change to come about, and this is a change that will benefit our sport enormously.”

The establishment of an equine disease free zone in the metropolitan area of Shanghai, directly accessible from the international airport, was agreed following confirmation from the Chinese authorities that all competing horses at the CSI5* will come from and return to EU Member States and will be kept completely separated from any equidae not of the same origin and health status.

This is the second time that a proposal for a disease free zone for an equestrian event in mainland China has been agreed. A similar agreement was reached between the EU and the Chinese authorities for the 2010 Asian Games in Guangzhou province when EU based horses were taking part in the Games. Importantly, the agreement for Shanghai underscores the fact that an equine disease free zone can be created in an urban environment, which could be used as a template to greatly simplify the process for similar events in the future.

Arrangements are currently being made for an FEI Technical Delegate (TD) to travel to Shanghai to inspect facilities at the venue. The TD’s report will be evaluated by the FEI Jumping Committee prior to the event being officially approved on the FEI Calendar.

While the agreement for Shanghai has been reached on a bilateral basis between the EU and China, it is the OIE that will ultimately be producing principles and guidance for the international movement of high level competition horses globally. As part of its stated aim of promoting the fair and equal participation of all nations in equestrian events, as well as the development of the sport, the FEI has established a public-private partnership with the OIE. An ad-hoc group has been mandated to develop the definition and principles applied to the temporary movement of lower risk healthy sport horses for further consideration by its member nations.

OIE Special Advisor Dr Gardner Murray, who chairs the ad-hoc group, addressed delegates at last week’s OIE General Session seeking their support for the three-year plan established by the OIE and FEI. Delegates welcomed the concept of the lower disease risk high-health high-performance (HHP) horses and supported the proposal that separate guiding principles for the movement of these horses will be entered into the OIE’s reference document, the “Terrestrial Animal Health Code”.

“The response to the various proposals on high-health high-performance horses was very positive and constructive, and all regions of the world supported the general principles, which was tremendous,” Dr Murray said. “The key issue from now on is to translate the principles into practical application. That is, how to define an HHP horse or the specific standards applied to them, and how to take them to the next stage of practical implementation.”

In areas where international level equestrian sport is progressively gaining importance, such as the African continent where the FEI has 19 member National Federations, issues related to the overly strict import and export procedures have been a significant obstacle to the growth of the industry.

Dr Ushewokunze-Obatolu (ZIM) spoke on behalf of the 52 African member countries, congratulating the OIE and the ad-hoc group on its work to date. “During last year’s General Session, Africa requested the OIE to consider the inclusion of the concept of the temporary movement of horses in the relevant chapters related to equines in the Terrestrial Code and we are pleased, as a continent, to see that progress has been made in this regard.”

The OIE General Session, which FEI President and OIE Goodwill Ambassador HRH Princess Haya addressed on the opening day (26 May), concluded with an agreement amongst delegates on the need to create new standards and guidelines for the temporary international movement of high-health high-performance horses and re-affirmed the critical importance of National Veterinary Services and other relevant regulatory authorities to ensure compliance with OIE standards and guidelines to facilitate the safe international movement of horses.