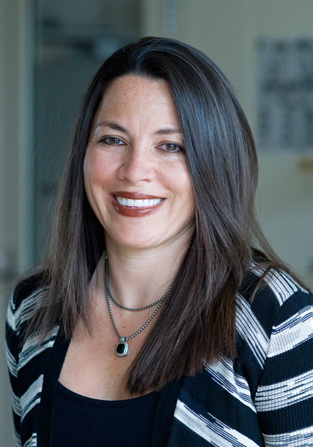 Lausanne (SUI), 21 June 2013: The FEI’s General Counsel Lisa Lazarus will be the first guest speaker on the Riders4Helmet’s “Get Educated” live-streamed webinars this Saturday (22 June), as part of International Helmet Awareness Day 2013. She will talk about the FEI’s helmet rule, which came into effect on 1 January 2013, and answer questions on the rule.

The FEI has been working closely with Riders4Helmets and Courtney King-Dye on its helmet rule campaign, which was launched last December.

As well as placing helmet safety adverts in all its publications and event programmes around the world, the FEI has been highlighting the helmet rule via an email campaign involving National Federations, event organisers, athletes and coaches, and on social media.

“The FEI is urging everyone involved in equestrian sport to use protective headgear and familiarise themselves with the FEI helmet rule,” said Lisa Lazarus.

“We have been collaborating with Riders4Helmets all the way through this process, and their help has been invaluable.

“The Riders4Helmets team members are all highly committed volunteers with demanding day jobs, and they have made massive in-roads since their first International Helmet Awareness Day in July 2010. We look forward to continuing to support Riders4Helmets as they spread their safety message internationally”.

The full list of speakers for the “Get Educated” webinars is:

All USA times are Eastern Standard Time. To sign up for the talks, click here. As space is limited, anyone wishing to join the webinars and ask questions of the experts is asked to sign up early. Riders4Helmets.com will also post videos of the webinars post-event.

To support the Riders4Helmets campaign, visit www.riders4helmets.com. You can also follow and get involved here:

In addition to the “Get Educated” webinars, equestrian retailers in Australia, Canada, Belgium, Germany, UK, USA and New Zealand are offering special discounts on helmets throughout June in support of International Helmet Awareness Day. Participating retailers are listed here: www.riders4helmets.com/ihad.

Riders4Helmets was founded in early 2010 after Olympic dressage rider Courtney King-Dye was seriously injured in a riding accident. King-Dye, who remained in a coma for a month following her accident, was not wearing a helmet at the time of the accident, and is still undergoing rehabilitation. In 2011, she was presented with the FEI’s Against All Odds award for her tireless work promoting the use of helmets with Riders4Helmets.