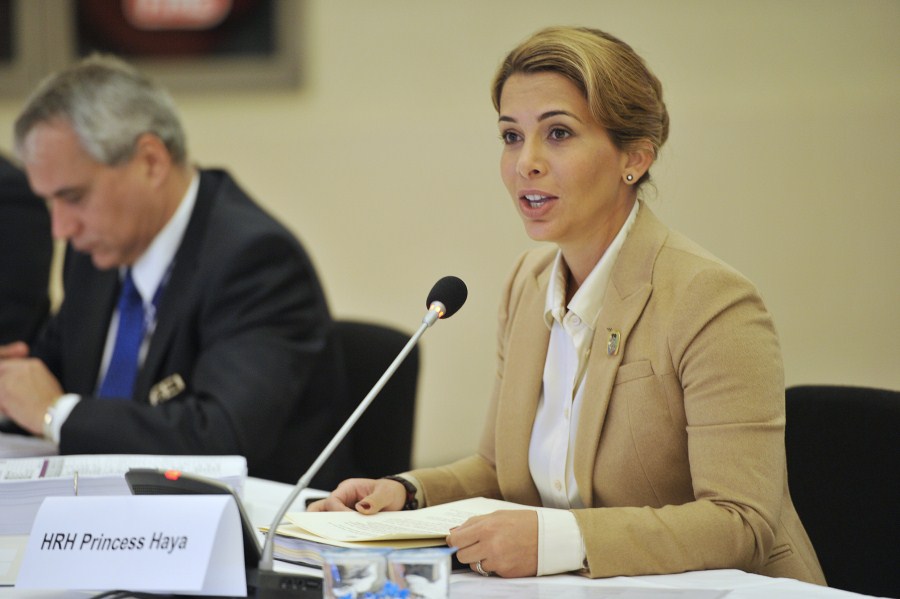 Istanbul – Turkey, Nov 06: The FEI Nations Cup™ Jumping will have a fabulous new look – and a new name – from 2013 onwards, following finalisation of a 16 million Euro four-year sponsorship package from the Saudi Equestrian Fund. The series will now be called the Furusiyya FEI Nations Cup™.

The sponsorship deal, worth four million Euro per annum and running through to the end of 2016, was announced at the FEI Bureau’s first meeting at the Federation’s General Assembly in Istanbul (TUR). The Bureau has given its unanimous approval for new rules for the series, completing the remodelling process initiated in April of this year.

“This is a truly historic occasion”, FEI President HRH Princess Haya said in making the announcement. “We have transformed a historic series and modernised it, without losing the fabulous tradition that dates back over 100 years. Now we have a series that will really catch the imagination of sports fans and the attention of the world’s media. We’re ready to take on the top sports.

“Furusiyya FEI Nations Cup will herald a new dawn in the 100-year old history of this series,” HH Prince Faissal Bin Abdullah Bin Muhammad Al Saud, a former FEI Bureau member and Chairman of the Saudi Equestrian Fund board of trustees, said. “With its new format the series will allow us to spread the values of Al Furusiyya across the globe, underpinning our Arab heritage and commitment towards the growth of this noble sport worldwide.”

Acknowledging the work that has gone into restructuring the series, Princess Haya said: “I want to thank everyone who has been involved in the remodelling of the series, which has entailed a huge amount of input from the National Federations and stakeholders and it has taken a lot of work to incorporate all this into the series format.

“But most of all I want to thank the Saudi Equestrian Fund for their vision and for their belief in this flagship series. The restructuring process to give the series a truly global reach would not have been possible without their financial support. In-keeping with the way all our sponsors operate, they stood back to allow the FEI Jumping Committee and the staff at FEI headquarters to commit to an intensive consultation process with the National Federations and to draw up the rules unhindered.

“The Nations Cup competition has been in existence for more than 100 years, and it has been running as a series since 1965, so rather than scrap everything, we’ve kept what was good and remodelled the rest to make the series universal and modern. Now that we have everything in place, including a wonderful new sponsor, we can look forward to really top sport in this flagship series.”

Under the new rules for the FEI Nations Cup™ Jumping, which were presented to the Bureau by FEI Jumping Committee Chair John Madden (USA), the world has been divided into six regions for the purpose of qualifying teams for a world Final. The six regions are Europe (Division 1 and 2), North & Central America, South America, Middle East, Asia/Australia and Africa.

The new rules were presented at the FEI Regional Group meetings in Istanbul today and there is also a dedicated FEI Nations Cup™ Jumping series session later this afternoon.

Furusiyya is the brand name for the commercial arm of the Saudi Equestrian Fund.

Furūsiyya (Arabic: فروسية) is the historical Arabic term for knightly martial exercise. It was a concept and noble art form that included equestrianism, tactics and strategy. It symbolises the pride, heritage and hospitality of the Arab people. The term is a derivation of faras, or horse, and in modern Standard Arabic literally means equestrianism. —-FEI