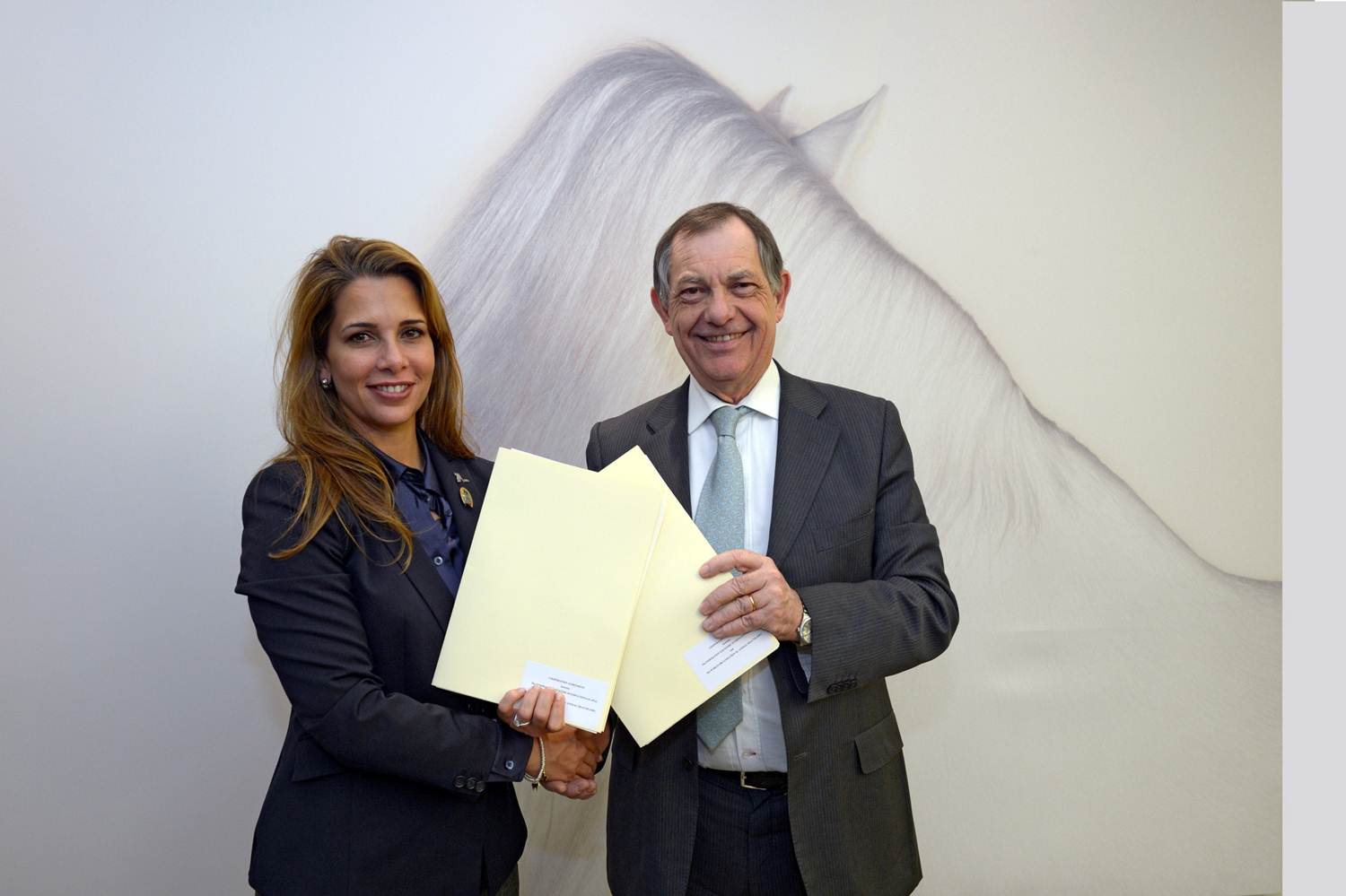 Lausanne, Feb 18, 2013: The FEI and the World Animal Health Organization (OIE) have embarked on a three-year plan in response to growing demand from countries for help in improving cross-border movement of top-level sport horses, as participation in equestrian competitions reaches a record high.

Several proposals have been made under the plan, including a full-time secondment of a senior veterinarian to OIE headquarters in Paris, who will work directly with top level officers.

The FEI veterinarian will collaborate with the OIE on defining a sub-population of lower disease risk, “high health, high performance” sport horses, which will be integrated into countries’ existing biosecurity systems that have been created to protect animals and human populations against the risk of disease spread.

In addition, the seconded expert will contribute to support veterinary training programmes as part of the OIE’s PVS Pathway, a global programme for the sustainable development of national veterinary services around the world.

The FEI and OIE will also develop communication tools focusing on the valuable economic and social contribution of equestrian sport for governments as they modernize import and export procedures to accommodate the safe movement of sport horses while protecting their welfare.

The plan marks a milestone in the FEI’s 10-year working relationship with the OIE, and is being put into action at the start of what is expected to be the busiest event calendar in the history of equestrian sport. Last year alone, there were over 3,000 FEI events around the world, representing a 27% growth since 2008.

“Over the last ten years, the OIE has worked in close partnership with the FEI to identify the key elements needed to bring about a more practical, but safe introduction of national Veterinary Services requirements for the safe international movement of sport horses and for the application of biosecurity measures on all sites where competitions take place,” said OIE Director General, Dr Bernard Vallat.

“The FEI will now commit its resources in the spirit of a public-private partnership with the OIE, in which far-reaching resources will be contributed to correct the problems that exist in the movement of healthy sport horses.”

In 2002, the FEI signed an Official Agreement with the OIE, joining the likes of the World Health Organization, World Trade Organization, World Veterinary Association and the International Federation for Animal Health, which have similar OIE agreements.

The FEI and the OIE have since co-hosted joint summits on the international movement of sport horses, which have been attended by over 70 international government representatives and veterinary and horse sport experts from 25 countries.

“We are now entering another exciting phase in our long-term relationship with the OIE,” explained FEI President HRH Princess Haya, who last September was appointed to serve as the OIE’s first Goodwill Ambassador to help raise worldwide awareness of its missions and activities.

“The FEI is looking forward to building on the achievements of its ten-year partnership with the OIE, and to providing dedicated expertise in the joint pursuit of sustaining and promoting the international growth of equestrian sport, and everything it stands for.

“Together, we will help to provide much better government awareness about the competition horse, and establish a commonly-recognized biosecurity approach that will allow international equestrian sport to flourish far into the future.” —- FEI/ Photo: Edouard Curchod/FEI