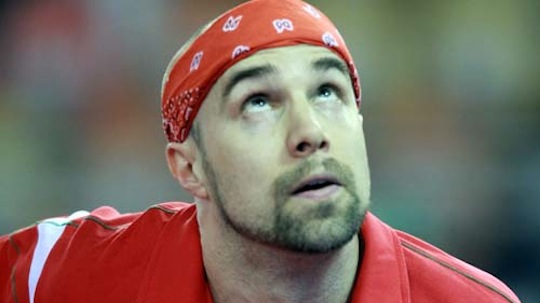 The tournament was organised in a series of stages; in the preliminary phase of proceedings, in both the men’s and women’s events, the players were drawn into groups of four or five players. Each group was conducted on an all-play-all basis with the players finishing in first and second places proceeding to contest London 2012 Olympic places; the remaining players were eliminated.

Three further stages ensued. In the first of those stages, in each event, the players competed in four separate groups, each group was organised on the knock-out formula; the winner of each group booked their place for the London 2012 Olympic Games. The players who did not succeed progressed to the next stage.

The second stage followed the same pattern; thus eight men and eight women had Olympic places reserved. Three places were still available for those had not crossed the finishing line in either of the first two stages. One single knock-out style tournament was held. The two finalists gained London places, the two losing semi-finalists competed for the final eleventh place.

It was for Adam PATTANTYUS a case of if at first you don’t succeed, try, and try again. In stage one, he was beaten in the decisive final match by Bastian STEGER (Germany), the second stage he suffered the same fate; he lost to Marco JEVTOVIC (Serbia); then in the crucial third stage, he was beaten in the semi-finals by Kirill SKACHKOV (Russia).

At last, at the fourth attempt, by beating Bora VANG (Turkey), he succeeded.

Adam PATTANYUS was one of two Hungarians to book London places at the Luxembourg Tournament; the other was Daniel ZWICKL, who very much upset the odds. Listed at no.200 on the current Men’s World Rankings, it was not anticipated he would even survive the preliminary stage of proceedings. He is the lowest globally ranked player to emerge successful at the Luxembourg tournament.

Meanwhile, TAN Wenling at 39 years of age was one of the oldest to qualify but not the oldest; HE Zhiwen (Spain), who will be 50 years old when the Olympic Games commence in July, defied time to book his Olympic place.

It will be the third time that HE Zhiwen has competed in the Olympic Games; he was present in Athens (2004) and Beijing (2008).

Also, on duty in Beijing four years ago was Natalia PARTYKA (Poland); in 2008 she created history by being the first table tennis player to compete in both the Olympic Games and Paralympic Games.

Four years later she has repeated the feat.

She will defend her Women’s Singles Class 10 title at the London 2012 Paralympic Games and once again she will appear in the Olympic Games; in Luxembourg she booked her place in the first stage of proceedings.