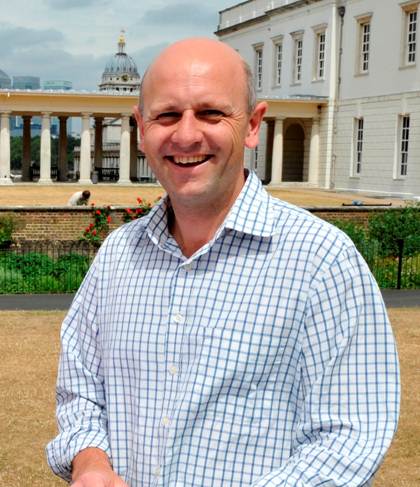 Lausanne (SUI), April 19, 2013: Tim Hadaway, London 2012 Equestrian Competition Manager at Greenwich Park and the man widely credited for the success of last year’s Olympic and Paralympic equestrian events, has joined the FEI staff as Director of the newly created Games and Championships Department.

The new Director’s role will be mainly to ensure that all FEI technical requirements for Games and Championships are delivered. He will liaise with the FEI Departments as well as Organising Committees and his priorities at this stage are the FEI World Equestrian Games™, and Olympic, Paralympic and Youth Olympic Games. He will also work on the creation of a best practices handbook for the operational delivery of equestrian competitions. His immediate priority will be to work closely with the organisers of next year’s Alltech FEI World Equestrian Games™ in Normandy (FRA).

FEI Secretary General Ingmar De Vos welcomed the new Director at FEI headquarters in Lausanne this week. “We are delighted that Tim Hadaway has joined the FEI team,” he said. “His depth of knowledge across the full spectrum of organisational and logistical issues will be enormously valuable for the FEI.

“He will be the direct liaison between the FEI and the organising committees and will help the organisers to deliver top quality Games, in particular the FEI World Equestrian Games, but also both Olympic and Paralympic Games and the Youth Olympic Games, as well as other major FEI Championships.”

He took on the role of technical adviser to British Eventing (BE) in 1998 and also became BE Sport Technical Manager in 2002, as well as working as a regional development coordinator and consultant to the British Equestrian Federation (BEF). He advised the organisers of the 2006 Asian Games on the delivery of the Cross Country phase, prior to joining the London Organising Committee of the Olympic and Paralympic Games (LOCOG) in October 2008.

Hadaway’s role in producing what are widely acknowledged as the best Olympic and Paralympic equestrian events in history was recognised when he was one of eight individuals awarded a British Equestrian Federation Medal of Honour at the end of 2012. Hadaway’s BEF medal was for his outstanding behind-the-scenes contribution to equestrian sport.

“I am delighted to have been given this exciting opportunity by the FEI and look forward to using my experiences, particularly those from London 2012, to assist and support future Organising Committees of Games and major championships,” Tim Hadaway said.

“Multi-discipline and multi-sport events are incredibly complex and our aim is to ensure that experiences and knowledge gained are shared from one to the next. Although the end goal is to develop guidance and processes we hope will benefit championships at all levels, the initial focus will of course be to support the team in Normandy and the Rio 2016 organisers.” —- FEI / Photo: Kit Houghton/FEI