Home  »  OTHER SPORTS   »   Djokovic gets Wimbledon under way 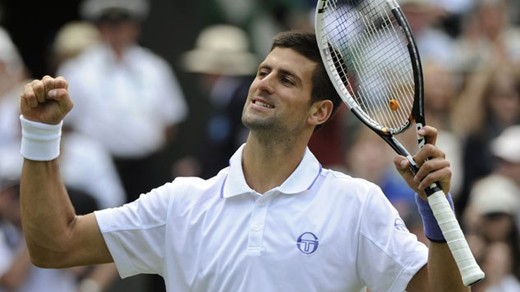 By Max Woodward, London, June 25, 2012: Today sees the start of The Championships, one which promises to be full of drama and excitement. As is customary at Wimbledon, the honour of the first match on Centre Court goes to last year’s Champion, Novak Djokovic, and the current world No. 1 gets his Wimbledon journey under way against former world No. 1 Juan Carlos Ferrero.

Ferrero, the former French Open champion, will be hoping to produce the first upset of the fortnight, but Djokovic is firm favourite to get off to a winning start as he bids to become the first man since Roger Federer in 2007 to defend his Wimbledon title.

The second match on Centre Court will see Maria Sharapova, the new women’s world No. 1 and French Open champion, take on Anastasia Rodionova of Australia. This will be the fifth meeting between these two, with Rodionova yet to win one, and the first meeting on grass.

Six-time Wimbledon champion Roger Federer starts his campaign against Albert Ramos. This will be the first meeting between these two and Federer will be desperate to get off to a good start as he attempts to win his first Grand Slam title since the 2010 Australian Open.

Last year’s French Open champion Li Na is also in action on Day 1 as she takes on Ksenia Pervak, while Richard Gasquet starts his tournament with a match against Germany’s Tobias Kamke. Gasquet will be hoping to go one better than he did in 2007 when he reached the semifinals, and Li will look to use her experience as a Grand Slam champion to guide her through to the latter stages.

There are a number of other exciting matches taking place on Day 1, including Kim Clijsters, competing in her last Wimbledon Championships, up against Jelena Jankovic, who won the 2007 mixed doubles at Wimbledon. Clijsters has the advantage in their head-to-head, leading 7-1, but it is Jankovic who is seeded and who will be looking to make it two wins out of the last three.

World No. 2 Rafael Nadal will be in high spirits following his latest French Open triumph, the seventh of his career, where he defeated Djokovic for the third consecutive time. His attentions have now firmly switched to grass and attempting to win back the Wimbledon title that he lost in last year’s final. His first match is against Thomaz Bellucci on Tuesday.

Andy Murray, seeking to become the first British man to win the Wimbledon title in 76 years, has one of the hardest first round matches when he takes on Nikolay Davydenko, and crowd-favourite Jo-Wilfried Tsonga has a tough clash with former champion Lleyton Hewitt. Murray and Tsonga are both scheduled for Tuesday. —- Photo: Paul Zimmer