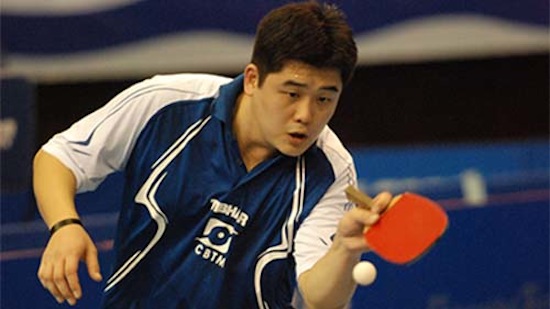 San Salvador, Mar 21, 2013: Defending champions Brazil retained their Men’s and Women’s Team titles at the ITTF-Latin American Championships in San Salvador on Wednesday 20 March 2013, to further cement their position as the leading nation in the continent.

Fielding the trio of Caroline Kumahara, Jessica Yamada and Ligia Silva, Brazil overcame a strong Chilean team of Judith Morales, Paulina Vega and Berta Rodriguez by three matches to one to secure the Women’s Team title for the 10th time

Jessica Yamada stated after the comprehensive win. “We have a good team spirit, we fight together to try to win and I am glad we won the gold.”

It was not all clear sailing for the women’s team, as early nerves showed in the opening singles match. Chile’s Judith Morales bounced back from 2 games to love and 6-10 down in the 3rd game against Brazil’s Caroline Kumahara to win 3-2 in an enthralling encounter.

However, this was the only joy for Chile as Brazil claimed the next 3 matches, thanks to Jessica Yamada, who won her matches to claim an unassailable 3-1 and obtain the Latin American Team gold.

After the final point, a delighted Hugo Hoyama rose from his seat; the first time as National Coach. “I couldn’t be more happy”, said the Brazilian coach. “I’m delighted for the girls; they all played well; I’m sure this is the first of many titles we can win.”

The Brazilian men showed similar aggression as their women counterparts against their Argentinian opponents as they charged to a 3-1 win. Their only slip up was the doubles match, where they went down 3 games to 1. However, their strong singles form ensured that Brazil’s emulated their women’s golden feat at the ITTF Latin American Championships.

On the back of the impressive form shown by the 2 Brazilian teams, they will now be the favorites to battle it out for individual glory, which begins 21 March 2013. —- ITTF