Home  »  OTHER SPORTS   »   Cadet Judo Training along with a Championships 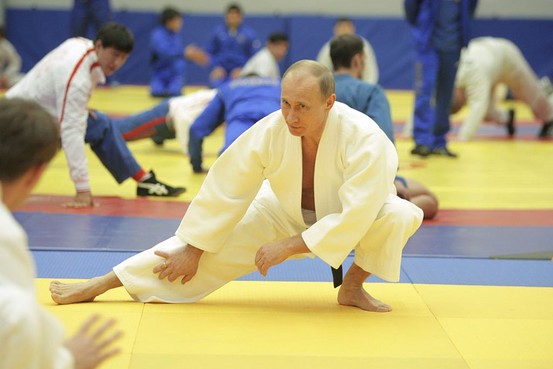 Peshawar-Pakistan, March 16, 2012: Khyber Pakhtunkhawa Judo Association for its Talent Hunt Programme had given a start to Cadet Judo Training Camp at Peshawar. The inauguration ceremony of the Camp was performed by Pakistan’s Sports Board Director, Gulshad along with the Secretary General of Pakistan Judo Federation, Masood Ahmed.

In this Training Camp, Under 14Yrs. of age almost 40 Players are participating at present. And for Judo Sports promotion in the province the Judo Kits are also being distributed among the Players. Training Scheduled timing is from 16:00 to 18:00 hrs at Martial Art Academy in Qayum Stadium, Peshawar Cantt, in which along with Senior Players Pakistan’s Army Team Coach Mr. Fakhar is also coaching the players.

Furthermore, Under Provincial Judo Association, on Pakistan’s Resolution Day i.e 23rd March-2012 on Friday a Pakistan’s Day Championship is also planned to be organized in which besides the Medals, Cash prizes will also be given to the winners. Along with this Camp, the Women Judo Training is also started for the upcoming 5th Women National Judo Championship-2012 which is going to be on 27th -29th March, 2012 at Rawalpindi in which -40Kg, -44Kg, -48Kg, -52Kg, -57Kg, -63Kg,-70Kg and Open weight Categories are included. The final selection for the upcoming Women National Judo Championship will be done on March 25th, 2012.