Home  »  OTHER SPORTS   »   Boxing; Fly high with the Argentinean Condors 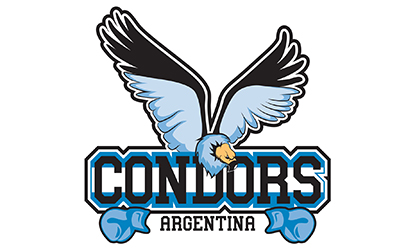 Lausanne – Switzerland, Sept 13, 2012 – Demonstrating once more its worldwide appeal, World Series of Boxing is delighted to welcome this season another new Franchise, coming from the eighth biggest country in the world. Hernán Salvo, General Manager of the Argentinean Condors, presents you the very first South-American WSB Franchise.

First of all, welcome to the World Series of Boxing…

Thank you so much. It is an honour for us to take part in this competition. We are also proud to open a window on the South American Continent. We want to show the world our spirit and our boxing.

Can you tell us more about your Franchise’s name: the Condors? Where does your logo come from and what was the thinking behind?

The condor is one of our national icons. The idea was to use a symbol that would represent us towards the world. After several weeks, discussing and observing the different options we had, we concluded that the condor was without any doubt the best choice. In South America, it is considered as a cultural and natural heritage.

We tried to have a combination in our logo. Having a condor mixed with our national colours and obviously a pair of boxing gloves. The condor is a strong bird, also a symbol of freedom.

How are the preparations going?

As simple as it is: hard. And it gets harder the closer we get to the beginning of the season. We are now in the process of selection of the squad, amateur and pro boxers included. Fortunately we have the support of our National Olympic Committee and our Sports Secretary, the place where the team will have its training facilities.

What about the squad. Have you already signed some big names?

We had some very positive conversations with boxers who took part in the last Olympic era. We explained them all benefits you can get from WSB, and they seem convinced. We will reveal these names by the end of the month.

Usually in Argentina, after the Olympic Games, all the boxers from the National Team turn pro. This time was an exception. Boxers are ready to stay in the National Team for another 4-years cycle knowing that they will be better protected and have more opportunities to get experience. This is the proof that this new era for AIBA will revolutionise boxing forever.

Can you reveal in which cities you will be fighting in Argentina?

Our first option will obviously be Buenos Aires. But we might also go to Mendoza and Cordoba, which are two Argentinean provinces with deep devotion and history in boxing.

Do you have a model of development in the league?

We tried to look for the best of the first two seasons, but it is easy to say that some teams are much more experienced than us. We have full confidence in our Olympic boxers and the actual pro ones. When you start your career here in Argentina, you are looking for being World Champion in pro boxing. Therefore all of our boxers have understood that WSB will give them an amazing amount of experience. AIBA is now offering a complete pathway for a boxing career and am convinced that good performances in WSB this season, will help our boxers in APB too.

What are your objectives for this season?

That’s a tricky question… I first hope that we will start the competition without any major problem. As General Manager, I will give my very best so the team is in the best possible conditions. But I know that sometimes you learn from your mistakes. So time will give us a clear idea where we go.

Your arrival in the AIBA Family includes the birth of a WSB Franchise, but also the commitment of the Argentinean Boxing Association to launch the AIBA Professional Boxing (APB) in the country as well…

When President Wu came to Argentina at the beginning of May to sign the WSB agreement, media were all excited about APB. I have the feeling that APB will succeed not only in Argentina, but in the whole world. As I said before, our boxers declined offers from other pro-boxing organizations because they understood APB will offer transparency in all ways – for example with the rankings -, fights between the best boxers, correct records and careers. It will finally respect all boxing fans around the world. —- WSB

View all posts by: Abdul Rahim
One Response to “Boxing; Fly high with the Argentinean Condors”