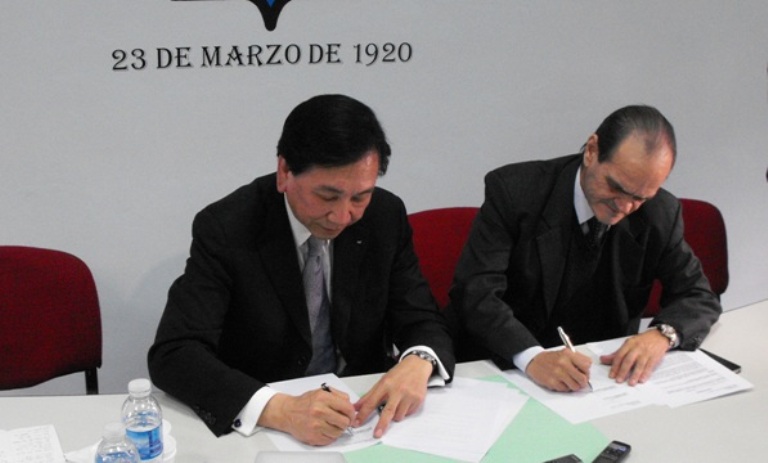 Lausanne-Switzerland, May 15, 2012: Argentina WSB, Dr Ching-Kuo Wu, AIBA President and WSB Board Chairman, and Osvaldo Bisbal, President of the Argentinean Boxing Federation, signed a WSB Franchise Agreement for Argentina that gave birth to a new World Series of Boxing Franchise and established the principles of the country’s involvement in the upcoming AIBA Professional Boxing (APB) program.

In the press conference held at the Argentinean Boxing Federation Headquarters, Dr Wu faced dozens of media all excited about the arrival of these revolutionary projects in South America. They were all eager to get details about these two AIBA programs and were excited at the possibility of seeing boxers able to compete as professionals and still retain their Olympic eligibility. All media representatives also wanted to know more about the format of the boxing competition at the Rio 2016 Olympic Games.

“This is a historic moment for the WSB that arrives for the very first time in South America”, stated Dr Wu. “We are delighted to explore this new market and are very grateful to the Argentinean Boxing Federation for its support to our programs. We are convinced that both the WSB and APB have a bright future in this country”.

Dr Wu also took the opportunity to meet with the National Olympic Committee President, Gerardo Werthein, who had expressed a keen interest in supporting both the WSB and the development of the sport of boxing in Argentina. “Only the very best boxers should go to the Olympic Games and the WSB and APB will prepare the world’s top boxers for that”. An opinion shared by Claudio Alberto Morresi, Sports Secretary of Argentina, who also met with AIBA representatives to thank them for bringing these revolutionary projects to the country.

The Argentinean WSB Franchise will enter the competition for the upcoming 2012-2013 season while APB will begin in the Fall of 2013.