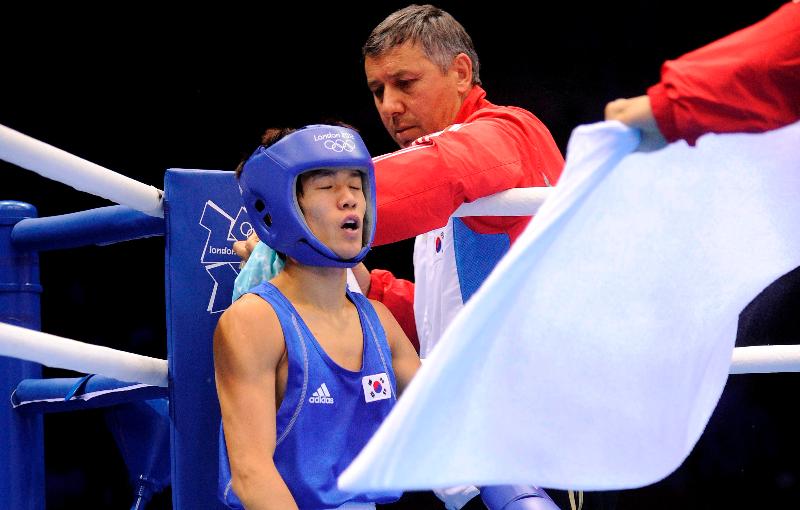 Passionate about his beloved sport, Shin wanted to give something back and decided that this was the best way to do so. He stated, “This small token is to express my passion and love for boxing, and be able to help for the future boxing development. This idea strengthens me to get ready for Incheon Asian Games in two years, and Rio Olympic Games in 2016”.

He also added, “I really appreciate my parents and coaches who have supported this idea and I hope this donation will help those who need the support to become future boxing Champions”. With this gesture, the young Shin is sure to earn a whole new legion of fans.

Shin came to the London 2012 Olympic Games as the second seeded Light Flyweight (46-49kg) boxer and had high hopes of making an impact on the biggest stage of all. However his Olympic dream was shattered by the in-form Aleksandar Aleksandrov from Bulgaria as Shin was defeated in the round of 16. At 23 years old, the South Korean, who signed for APB before the Games, will now begin his road to redemption as he targets success at the Rio 2016 Games.

The humble Shin expressed that “(he) realised through his London experience that he has still much to learn in order to establish himself as one of the big stars of the world boxing, however (his) aim is to repay those who have shown him continued support”. —- AIBA