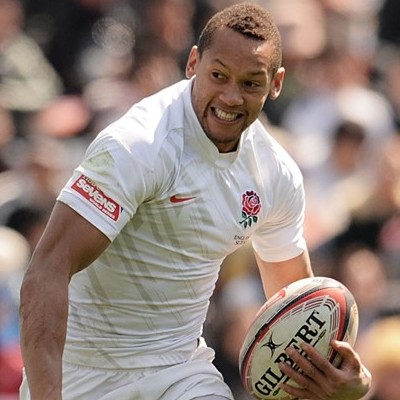 Dublin-Ireland, April 25, 2012: From a starting point of three players less than a year ago, Afghanistan Rugby has been making mighty strides. Based in Kabul, Afghan Rugby is hoping to inspire a rare positive narrative in a country that has endured its fair share of hardship, instability and tragedy over the years.

This week, the national Sevens team will play its first official match when a squad of 10 travels to Dubai to take on a UAE team in a three-match series. Leading the team will be Aziz Ahmad, who first played the Game while in Islamabad, Pakistan, back in 2005. He is confident that his team can put on a good show in Dubai.

“For us it is all about enjoyment. We play for each other and we love to play rugby,” said the 25-year-old scrum half.

“We are honoured to play for Afghanistan and, Inshallah, we will win and make our country proud. We have improved a lot in recent months but we know we still have much to learn about this game. But we will play our best, work hard and see what happens.”

The origin of this team dates back to March 2010 when the fledgling Afghanistan Rugby Federation (ARF) contacted the IRB’s staff in Asia, who thereafter assisted the ARF to begin its membership pathway to join the Asian Rugby Football Union in November 2011, growing into a sports federation that is now recognised by Afghanistan’s National Olympic Committee.

“On day one we had three players, on day two we had seven and then on the third day 15 players showed up. It really grew as it went on and the Game is now developing a life of its own, especially in Kabul,” said Steve Brooking, the ARF’s technical adviser.

“By the end of 2011, we were in the position to stage a national Sevens tournament. Eight teams and 120 players were there and now we have a national squad. Up till now, we’ve been playing at the NATO base in Kabul against military teams. That’s why this tour to Dubai is so big for us – we will get to play against another country’s team.”

That other team is a positive Rugby development story in itself as Aziz and his team prepares to take on UAE Shaheen, a side made up entirely of local Emirati players. Traditionally, Rugby in the UAE has been largely an ex-patriate sport but under the new UAE Rugby Association that is changing with more and more locals taking up the Game, especially as Emirati schools put it on the sporting curriculum.

“The idea of Rugby was started by a group of Afghans, who had seen it in the UK and they thought it would be popular at home,” said Brooking, 48.

“They pushed it when they got home to Kabul. They thought it would suit the Afghan people because it is a tough, physical and athletic sport which depends on good teamwork, strength and passion. It means a lot to the players to be travelling to Dubai and playing against UAE Shaheen.”

Brooking worked in the British Foreign Office for 20 years and is now working with the United Nations in Afghanistan. Back in 1990 he was involved in Rugby in China along with Zheng Hongjun of the Agricultural University. He has also contributed to the founding of cricket in Afghanistan. Indeed, the Afghan cricket team has enjoyed remarkable success in recent years, having progressed rapidly through the ranks from the ICC World Cricket League Division 5 to qualifying for the ICC World Twenty20 2010 and 2012 events in the West Indies and Sri Lanka.

On Friday, the team will play three Sevens matches against UAE Shaheen as part of a festival of Rugby organised by the UAERA and the Asian Rugby Football Union. The final match of that series will act as a curtain-raiser to the HSBC Asian 5 Nations Top 5 opener between UAE and Hong Kong at 7he Sevens ground, a match that will be televised live throughout Asia.

“This week in Dubai is important for their development,” added Brooking. “They will see Fifteens Rugby for the first time, they will mix with players from other countries who have more knowledge of the Game and I expect them to pick up so much that way. It is great for them as players.”

In addition, the team is preparing to travel to the UK to play at the Bournemouth Sevens in June as well as other fixtures against local opposition in England. The IRB recently funded the travel costs of the Afghan national coach, who was sent to the UK to learn better coaching techniques with assistance from the Rugby Football Union.

“The future of rugby in Afghanistan is very bright. I would like to see the sport grow there. I think if the people are shown this Game, they will love it. It could become very popular in Kabul and all over the country,” said Aziz.

View all posts by: Abdul Rahim
One Response to “Afghan Rugby Offers Hope in Kabul”