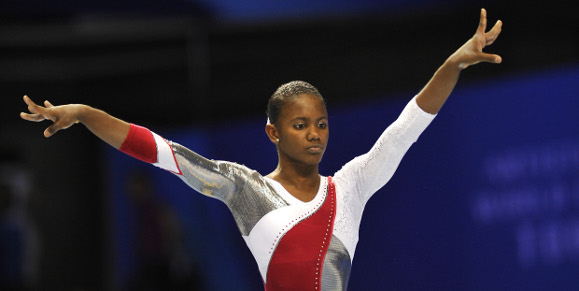 Lausanne (SUI), FIG Office, June 12, 2012: During the first week of June, the Dominican Republic hosted a Level 1 Academy for Men’s and Women’s Artistic Gymnastics for the first time. It was held in the capitol city of Santo Domingo and became the 46th country to host an Academy and the 14th federation of the Americas to do so. It was the 128th Academy in the 10-year old Academy programme. 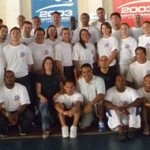 Thirty-eight coaches attended from thirteen Spanish speaking countries of South- and Central-America – Argentina, Bolivia, Brazil, Chile, Colombia, Costa Rica, Dominican Republic, Ecuador, El Salvador, Paraguay, Peru, Puerto Rico and Venezuela. Paraguay with its first time attendance at an Academy became the 110th federation to participate in the FIG Academy programme. The attendance of the participating coaches at this Academy was partially funded by the FIG Development Fund for the Pan-American Gymnastics Union (PAGU).

Professor Andrea João of Brazil and President of the Brazil state association of Rio de Janeiro served as course leader and taught all of the theory lectures. The men’s events were taught by José Súcart of Puerto Rico and the women’s apparatus was taught by Andrés Llanos Gerardino of Colombia. Kiko Guarabyra, a professional dancer and dance teacher from Brazil taught artistic preparation and choreography.

The two-part examination process was very lengthy because of the large number of candidates and there was a very large range of results. The highest results for the Academy were shared by Katya Mourthé of Brazil for WAG and Rodrigo Lagos Ahumada of Chile for MAG with very high overall marks of 96%. Third overall with 94% was Franklin Castillo of Ecuador.

We thank the President of the Dominican Republic Gymnastics federation, Edwin Rodríguez, for his federation’s willingness to host this Academy with the highest quality. Great interest was also shown by the National Olympic Committee which was delighted that the FIG sent its experts to teach in its country.

The FIG Academy Programme continues in the first week of July with another MAG-WAG Academy in the PAGU region – this time in Barbados. Also tow Foundations Course will be held in July in South Africa and in Trinidad. August and September will see an additional six Academies in five disciplines on three continents. —- FIG