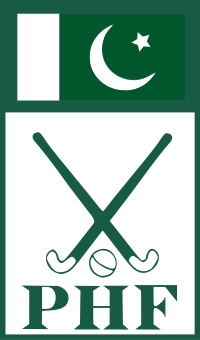 Lahore – Pakistan, May 10, 2014: According to the press release by the PHF the 33rd Junior U-18 National Hockey Championship will be played at Hockey Club of Pakistan Stadium, Karachi from 14th to 25th May 2014 and organized by the Karachi Hockey Association on behalf of PHF.

For the smooth conduct of the Championship, the PHF has appointed following Panel of Technical Officials:-

BRIEFING MEETINGS: The Pre-Tournament Briefing Meetings will be held by the Tournament Director on 13th May 2014 according to following timings:-
a. Umpires/ Judges/ Team Doctors: 1500 hours
b. Managers/ Captains: 1600 hours

The Manager of each team shall bring with him to the Briefing Meeting 2 sets of Uniform (one original and the other of alternate colour). He shall also submit the final “Entry Form” of his respective team clearly indicating the “Shirt Numbers” to be delivered to the Tournament Director at the Meeting, after which “no change” shall be admissible.

The PHF has appointed “Age Credentials Check Committee” and Local NADRA Staff to verify and check the ages of the players and shall apply “Bone Test” or may resort to “Facial Scrutiny” to disqualify the over-age players. The concealment of age factor shall render the player & team manager involved, to debarment, which may be up to one year. The Committee will comprised of M/s. Olympian Tahir Zaman, Dr. Waqar Ahmed, Lt Col (R) Nadeem Ahmed Bhatti & Mr. Muhammad Ramzan Jamali.

2. PHF has decided to bring domestic hockey in line with FIH new format. All the participating teams are hereby directed to prepare themselves, accordingly. Following are the new Rules:-

a. Overall game time will move from 70-minutes (previously two 35-minute halves) to a 60-minute game with four 15 Minutes quarters; after the first and third quarters, each team will have a two-minute beak, while existing 10-minute half time will remain unchanged; total playing time of 60 minutes;
b. When a penalty corner is awarded there is a 40-second time out with the exception of a re-award. In the case of a re-awarded penalty corner, time will be immediately stopped but the teams will not be allowed an additional 40-secnd, only enough time to get back into position. If a team takes longer than the 40 second time-out to get set for the initial penalty corner, the guilty player will be given a green card and, therefore, a two-minute suspension. Additionally, a 40-second time out will be added when a goal has been scored. —- PHF