By Tom Lloyd, Biarritz, France May 18, 2017: The International Surfing Association’s (ISA) 2017 World Surfing Games, which is set to take place in Biarritz, France from May 20-28, will this year feature a record number of participating nations, as the Federation continues its global expansion following Olympic inclusion to Tokyo 2020. 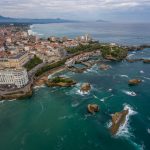 The 2017 World Surfing Games will far exceed the previous record of participating countries set at the 1996 edition in Huntington Beach, USA, when 36 nations took part. More than 40 countries are expected to participate when competition gets underway on Saturday May 20, an increase of more than 20 nations from the 2016 edition, held in Costa Rica. 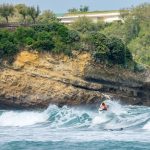 Much of the recent global growth of Surfing can be attributed to the International Olympic Committee’s (IOC) decision in August 2016 to include Surfing on the Tokyo 2020 Olympic Games Programme.

Non-traditional Surfing nations such as Afghanistan, China, Chinese Taipei, Greece, Senegal and South Korea, have ridden this wave of momentum to field teams in the 2017 ISA World Surfing Games for the first time in the event’s history.

The World Surfing Games is the ISA’s flagship event and has run since the inaugural edition in 1964, making it the longest running Surfing World Championship in the world. The competition consists of National Surfing Teams – comprised of four men and two women – that compete for individual medals, team medals and national pride.

The 2017 edition of the ISA World Surfing Games also marks the ISA’s first event since the agreement of an official partnership with the Olympic Channel. The broadcasting platform will collaborate with the ISA on content creation and will also live stream the World Surfing Games.

“The international growth of the sport of Surfing, and as a result the ISA World Surfing Games, has been truly incredible. Surfing’s popularity is extending to new corners of the globe as well as strengthening in more traditional Surfing nations.

“The ISA World Surfing Games is our flagship event and our sport’s high performance and youthful qualities will make it the perfect fit for the Tokyo 2020 Olympics. Surfing’s ability to reach a new young audience will bring a whole new selection of fans to the Games.

“I am looking forward to watching the high level of competition to be showcased Europe’s Surfing capital of Biarritz. The athletes will be Surfing with the desire to represent their countries in the Tokyo 2020 Olympics.”

Watch the event live May 20-28 on www.isaworlds.com.

The schedule for the event is as follows (Central European Time):