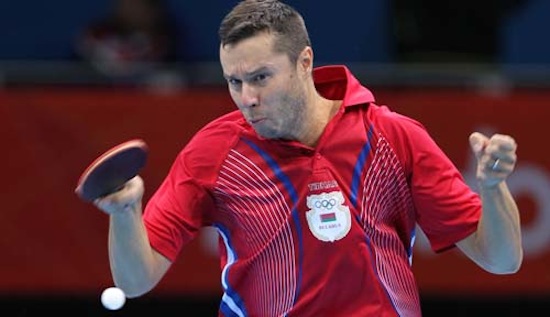 Liverpool – England, Sept 28, 2012: Chinese Excellence, Germany’s Timo BOLL and Vladimir SAMSONOV of Belarus are the two previous winners, who are on duty at the LIEBHERR Men’s World Cup which starts on Friday 28th September 2012 in the spacious Echo Arena in the English city of Liverpool. Timo BOLL won in 2002 and three years later in 2005; whilst Vladimir SAMSONOV is one of the most successful players in the history of the tournament which started in 1980; he won in 1999, two years later in 2001 and most recently in 2009.

However, favourites for the top two steps of the medal podium when play concludes on Friday 30th September, are the Chinese duo of MA Long and XU Xin; they are the top two seeds. It is the second appearance in the event for MA Long who on his one previous appearance finished in third place. He was beaten by Vladimir SAMSONOV at the semi-final stage in Moscow in 2009, clinching third spot by overcoming Korea’s OH Sangeun in the bronze medal contest.

Meanwhile, as for XU Xin, it is his debut in the event as it is for no less than six other players.

Romania’s Adrian CRISAN, Portugal’s Marcos FREITAS, Hong Kong’s JIANG Tianyi plus the English duo of Paul DRINKHALL and Liam PITCHFORD are all on debut. The one other player making his first appearance is Canada’s Pierre-Luc THERIAULT; however to gain a place in the main event, he must win the Intercontinental Cup and history is against him.

The Intercontinental Cup has always been won by a player from Latin America and twice by a Brazilian; Cazuo MATSUMOTO won in 2009, Gustavo TSUBOI in 2011. In 2010 the title went to Argentina’s LIU Song. Upholding Latin American traditions in 2012 is Brazil’s Thiago MONTEIRO.

Play commences with the Intercontinental Cup which involves representatives from Africa, Latin America, North America and Oceania; the winner qualifies for the principal event which commences with four groups, four players in each group. Players finishing in first and second places in each group proceed to the quarter-finals.