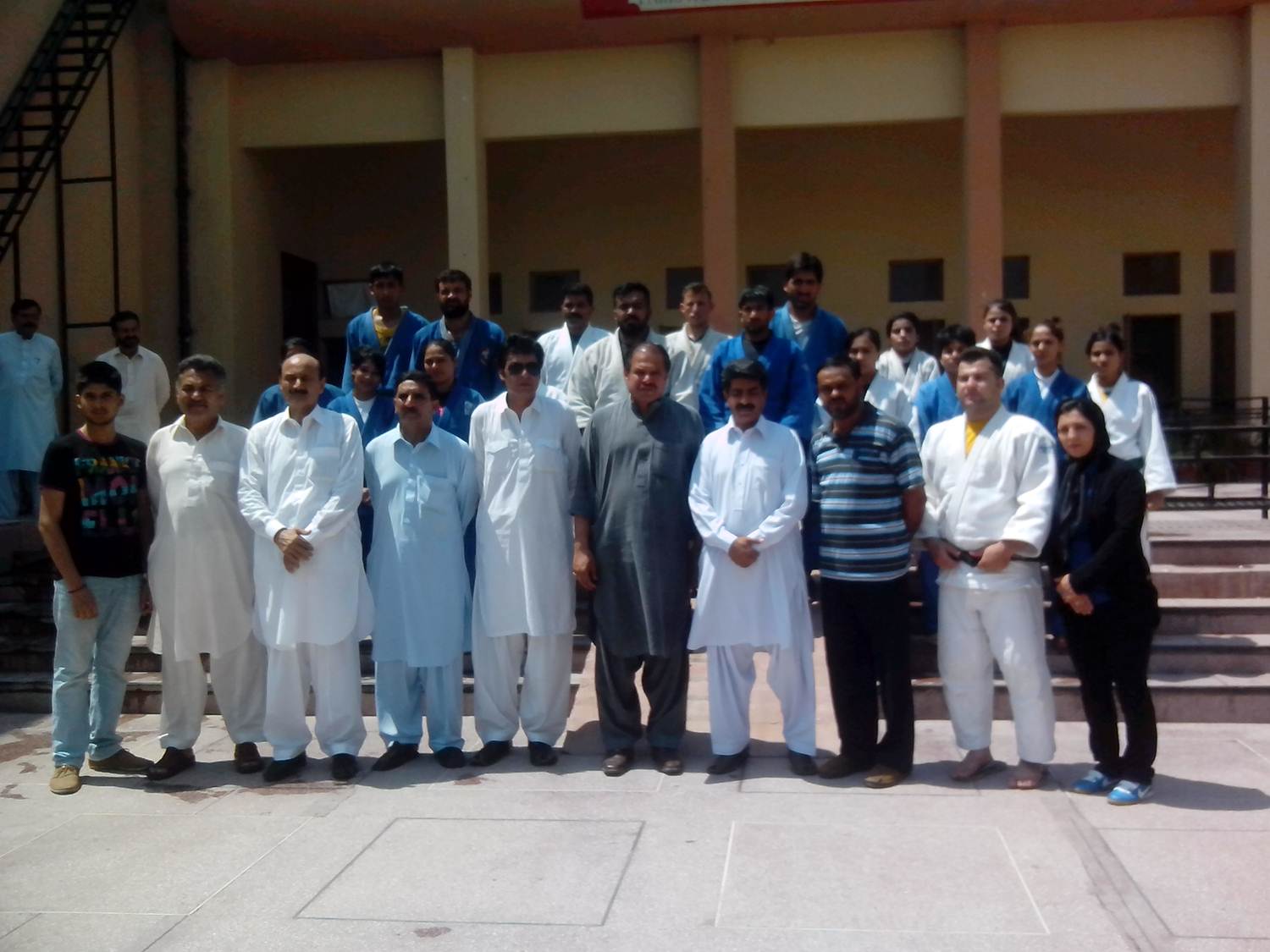 Peshawar – Pakistan, June 21, 2013: Today i.e. June 21st , 2013 the member of the K.P Provincial Assembly, Arif Yousaf (Patron in Chief-K.P Judo Association) had eventually visited the Qayyum Sports Complex, Sadder, Peshawar where he also observe the National Judo Training Camp which is continued from the last 8-months under the supervision of International Judo Coach, Sajjad Kazemi. He appreciate it and on this occasion stated that the doors of sports will be remain opened for all the players and recommended that in the backward areas like Landi Arbab, Pawaki, New Kali and many others the Sports facilities will be arranged.

Altaf Umarzai, Director General, K.P Sports Directorate also shared his presence and remarked his feelings that K.P Sports Directorate will accept only those associations whose parent body is affiliated with Pakistan Sports Board. He further with great hope stated that now the Players of K.P Martial art will definitely brightens the name of the province and will upgrade the game on Provincial level.

In the end, Masood Ahmed, Secretary General , Pakistan Judo Federation also stated that we will strongly participate in the 32nd National Games-2013 (ISLAMABAD) and give fruitful results.

View all posts by: Abdul Rahim
2 Responses to “DOORS WILL BE OPEN FOR ALL PLAYERS ARIF YOUSAF”