Home  »  MARTIAL ARTS   »   Judo: Mongolian Judo is Ready for the Next Step 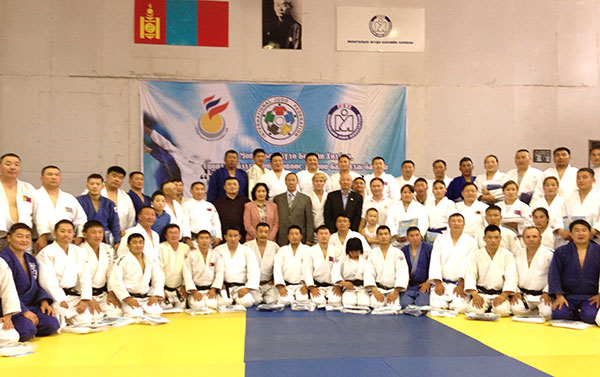 Mongolian Judo has been developing very fast over the past years. With great results on the World and Olympic Levels, and a brand new IJF Grand Prix event to be held in July 2013, the federation regularly shows its dynamism.

Although judo has become one of the most popular and well known sports in the country, the Mongolian Judo Association has decided to improve and develop the grassroots level in collaboration with the IJF | Judo For Children commission.

During a two-day visit in Mongolia, important people from different organizations and Government bodies met to discus about the subject. Taking into account the vision of the Judo For Children program, judo should contribute within the next few years to the development of educational and social skills of the youth. Considering that today the world is facing some serious health issues such as obesity, the importance of sports and active lifestyle at a young age is more relevant than ever before. The International Judo Federation already took its responsibility and has begun to develop Judo for Children programs throughout the world. The goal is to teach and let the children experience the fun of judo in coordination with a strong social and educational program, as well as the implementation of health goals.

The Minister of Culture, Sports and Tourism, Miss. Oyungerel, fully agreed with the vision and structure of the JFC programs. She was very enthusiastic and she wants to cooperate with the IJF to actually start the first JFC programs in Mongolia later this year. “More sports, better structures and added a social and educational added value, that is what we need in Mongolia”, said Miss Oyungerel. 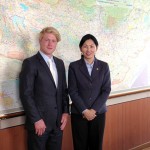 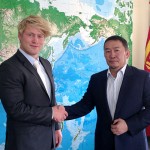 The President of the Mongolia Judo Association , Mr. Battulga, was very happy with the outcome of the meeting with the Minister Oyungerel: “We have everything in place to launch these programs and we are very happy that the IJF has taken this step. We want to use the knowhow and expertise that has been build up in JFC commission and come to a strong and sustainable program in Mongolia.”

During the same period, a coach seminar was held in the Capital City, Ulaanbaatar, and over 60 coaches followed the training course. JFC commissioner, Ziggy Tabacznik, gave a strong presentation of the Judo For Children program and how it has been set up over several countries in the world. He could also explain the vision for children judo, which must not focus on the sport dimension with children at a young age, but which has to focus on the fun, the movement and the coordination. Getting more people involved in our sports to experience the benefits of judo is very important. Becoming a World Class judo player is not relevant at a young age (between 6 to 12 years old). This will come at a later stage. 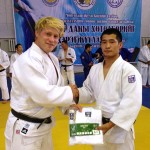 At the end of the course, certificates where handed over to the participants, as well as the first children judogis that were donated by the IJF earlier this year.