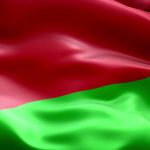 The BFPMA is the largest non-profit national federation engaged in the development of martial arts in the territory of the Republic of Belarus. The Federation is a democratic public organization and has recognition and support at state level.

Representative offices of the BFPMA are present in all 6 regions of Belarus.

The aim of the Federation is to popularise MMA at a national level, increase the skill of athletes and form a team to represent Belarus on the international stage.

Through BFPMA’s network and regular monitoring of activity within the sport, more than 5,000 athletes from all over the country are known to train in MMA with over 1,000 competing in amateur or professional contests.

The BFPMA oversees both amateur and professional competition. Annual national championships first began in 2014 in order to popularise the sport, enhance the skills of athletes and form a national team.

Belarus was granted attendance to the 2017 IMMAF Asian Open Championships in Singapore from June 12 to 16.

Sadovski achieved a series of impressive victories and progressed to the finals of the welterweight bracket, eventually earning the silver medal. The team was also joined by executive director Andrei Makarenko.

“It is my pleasure to welcome Belarus as the latest nation to become an IMMAF member.

This well established body has produced fantastic results in representing the sport of MMA at a national level and developing its grass roots and amateur talent.

The national team has already produced its first medalist on the IMMAF world stage, through Alex Sadovski, at this year’s IMMAF Asian Open in Singapore. We look forward to supporting their development and seeing MMA in Belarus reach great heights.” —- IMMAF